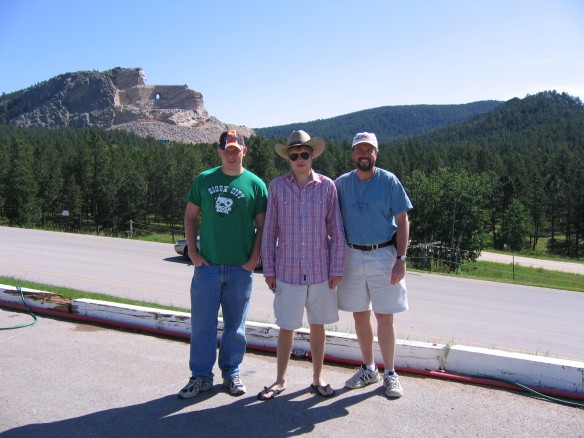 On the road into the Crazy Horse Memorial

We awoke to a brilliant blue sky and warm temperatures and then, stoked by a hearty breakfast, took a short drive to the Crazy Horse Memorial, which is still under construction and has been under construction for years.  We also visited it on the Webner family trip west in the 1960s, and it has made some progress since then, but not as much as you would think in nearly 40 years.  The Crazy Horse Memorial is much larger than Mt. Rushmore, and the kids actually thought it was more memorable than Mt. Rushmore.   Walking around the grounds of the Crazy Horse Memorial, you realize that, in a profound way, it sends its own special message about out country’s treatment of native Americans.  Why should it take decades to complete a monument to native Americans?  (Note to Congress:  if you are going to pass another stimulus package — God forbid! — we could do worse than contribute whatever funds are needed to complete the Crazy Horse Memorial.) 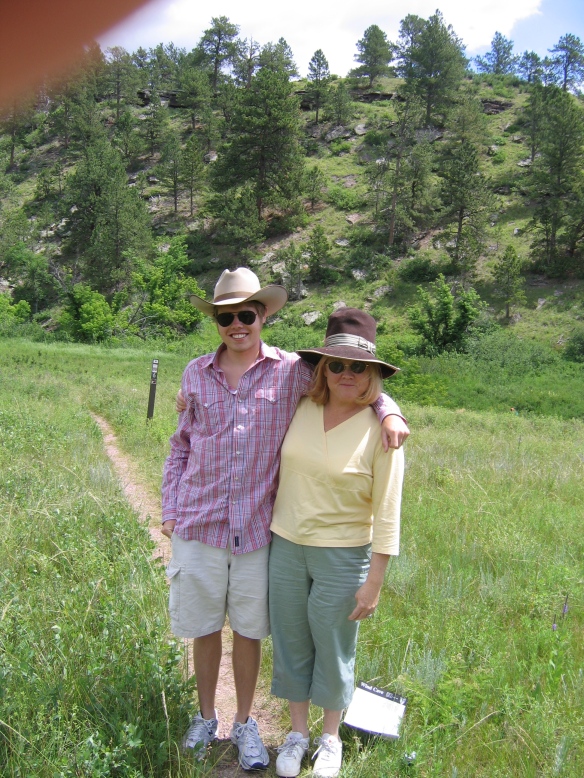 After visiting the Crazy Horse Memorial it seemed like a good idea to get out into the countryside on a beautiful day and get some exercise.  We therefore visited the nearby Custer National Park, which is an enormous, largely ignored tract set squarely in southwestern South Dakota.  The Park has many different trails, and we selected one at random.  Almost immediately, we came upon an enormous, fly-blown pile of droppings.  At that point, Kish decided to stay back with the car, and the boys and I struck out over the prairie.  The trail wound through woodland and a skittish prairie dog community, past streams and rock faces, and during the entire walk we did not see another human being.

At one point, however, we did see, up ahead on the trail, what appeared to be a very large, very dead animal.  We quickly decided that the better part of valor would be to bypass that area, so we scrambled up a hillside and back down again a safe distance past the remains.  Still later in the walk the trail took us past a solitary, munching buffalo, which also caused us to loop around while keeping a wary eye on the shaggy beast.  When we finally got back to the car we felt like we had gotten a good taste of the real, unadorned West.

Our day ended with dinner and a stay at the Bullock Hotel in Deadwood.  Deadwood, of course, is one of the evocative names of the Old West, and Kish and I were big fans of the excellent HBO series of the same name.  I’m sorry to say that Deadwood was a real disappointment for us.  Sure, you can see where Wild Bill Hickok supposedly was shot, and the Bullock Hotel itself is an interesting bit of Americana.  For the most part, however, Deadwood seems like a sad mass of cheesy gambling establishments and tawdry bars.