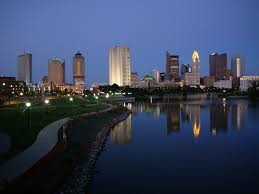 A friend of mine sent me a text last week and said he read Richard’s blog about the Pro’s and ‘Con’s of Columbus, Ohio and said he thought Richard was right on the money.

Having lived in Columbus for most of my life (I lived in Jonesboro, Georgia right outside of Atlanta for two years when I graduated from college back in the late 70’s) I’ve got some additional pro’s to add to Richard’s list. I’ve done all of the things or been to all of the place’s I’ve listed below.

Great restaurants, the change of season’s is nice, one of the best zoo’s in the country, good theme parks only a few hours drive away, traffic is not all that bad for a city of Columbus’s size, concerts and other cultural events such as Jazz-Fest and Com-Fest, great shows at the Palace and Ohio Theater, an excellent city orchestra, top-notch library system, highly rated health care system, it’s pretty darn clean, has excellent fishing, boating and camping (get a cabin at one of the nearby lakes for the weekend and you will have a blast) less than a half hour away.

I wonder if any of our readers can think of some more ?