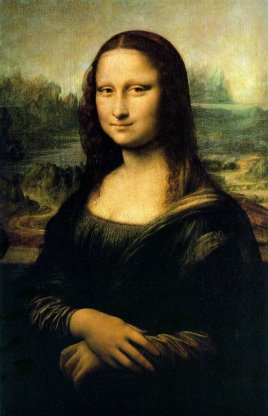 she might be able to explain how Leonardo da Vinci was able to produce such a richly shaded depiction of her human face, without apparent brushstrokes, thumbprints, or other evidence of human creation.  Until she speaks, however, we will leave it to science to gather evidence — which is what happened when a form of x-ray technology was applied to the world’s most famous painting and other creations of Leonardo.  The study suggests that the great master painstakingly and repeatedly applied amazingly thin coats of glaze to his paintings to achieve the effect.

Leonardo’s technique, called sfumato, apparently has been lost to the mists of time.  It is hard to believe that a method capable of producing such effects would not have been carefully handed down, from master to student, through the centuries.  It makes you wonder that what other techniques that produced artistic masterpieces, astonishing architectural triumphs, or other ancient wonders have unfortunately been lost to the ready universe of human knowledge.