As UJ notes in his recent post, Democratic Representative Mary Jo Kilroy always notes that her challenger, Republican Steve Stivers, was a “banking lobbyist.”  I assume that means that focus groups are indicating that “banking lobbyist” has sure-fire negative connotations, like “axe murderer” or “convicted felon.”

Representative Kilroy’s negative harping on Stivers’ service as a “banking lobbyist” is weird because lobbyists, of course, routinely interact with legislators — like Kilroy.  If the notion is that lobbying is some intrinsically corrupt job, it is because the legislative process of which Kilroy is a part is corrupt.  What kind of message is that for a Member of Congress to be sending?

Perhaps the negative element of “banking lobbyist” that Kilroy is emphasizing is not the “lobbyist” part, but the “banking” part.  If so, it’s too bad.  Grampa Neal was a banker, and a pretty successful one at that.  Like George Bailey in It’s a Wonderful Life, Grampa helped steer his bank safely through the Great Depression, made lots of very prudent loan (and no-loan) decisions that helped businesses and families, and presided over the bank’s steady growth over a period of several decades.  If Grampa Neal ever used a lobbyist, I am sure it was done properly and for good reason.  I therefore don’t necessarily associate the phrase “banking lobbyist” with something nefarious.

I guess we will find out in November whether voters in the 15th District think “banking lobbyist” has worse connotations than “incumbent Member of Congress.” 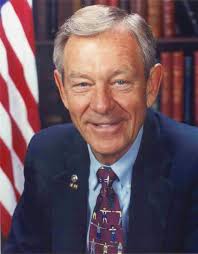 In the race to try to deep-fry every concoction known to man, we’ve reached a pinnacle (or possibly nadir) of sorts:  deep-fried beer.  Apparently a Texas chef has figured out how to do it using some kind of pretzel-like outer shell.  The linked article states that diners consider the result to be a “delicious taste sensation.”

I don’t think the Ohio State Fair permits the sale of alcoholic beverages, or we could expect to see deep-fried beer along with deep-fried Twinkies, deep-fried bacon, and all of the other artery-clogging goodies found at Fair concession stands.

As for me, I like beer just fine served in bottles, ice cold.  Some things can’t be improved upon.