The Buckeyes took care of business yesterday, beating the Indiana Hoosiers 38-10 at the Horseshoe.   It was a good game all around.  The first team moved the ball on offense and put the game out of reach quickly.  The defense shut down Indiana’s previously high-flying offense, holding the Hoosiers without a touchdown until fourth quarter mop-up time.  The offense got to work on some new sets, some of which featured Brandon Saine catching the ball out of the backfield.  For the most part, Terrelle Pryor had plenty of time to throw and was able to hit wide-open receivers.  The defense looked good, making a number of athletic plays and showing very good tackling form and other fundamentals. 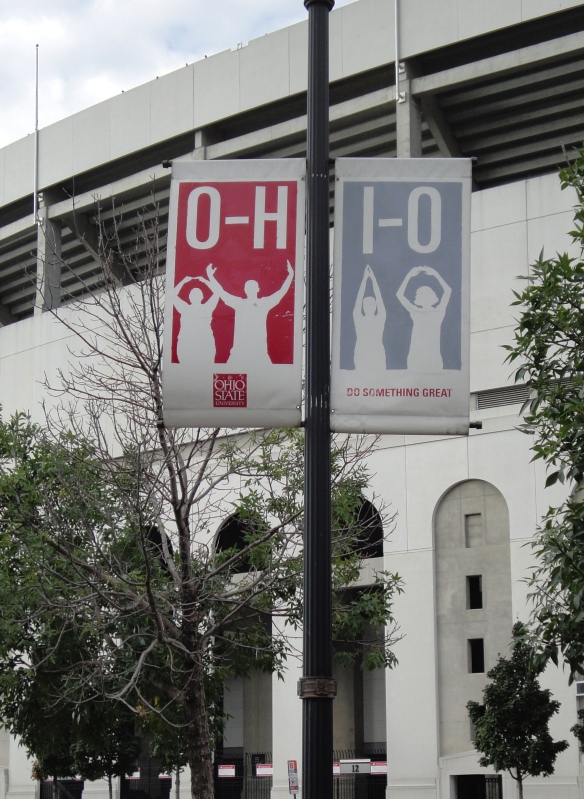 After Ohio State put its game in the win column, the Buckeye Nation, myself included, watched Alabama fall to a pumped-up South Carolina squad.  As a result, Ohio State has moved up to number 1 in the polls — for now.  I think it is still way too early to worry about rankings, “style points,” strength of schedule, or the other extraneous topics that seem to occupy the fevered brains of so many college football fans.  The Buckeyes still have six regular-season games to play, and way too much can happen in those remaining games.  Any diehard Buckeye fans will remember, with bitterness, recent seasons where teams like Purdue and Illinois rose up to bite the Buckeyes.

Indeed, next week is one of the most challenging games on the Buckeyes’ schedule.  They will travel north to Camp Randall Stadium — one of the toughest venues in college football — to play a night game against highly regarded Wisconsin.  Wisconsin is always a tough, physical team, and this year is no exception.  And, Wisconsin has one of the coolest traditions in college football, when the stadium loudspeakers blast out House of Pain’s Jump Around between the third and fourth quarters and everyone in the stadium jumps up and down.  It’s one of the reasons why a game at Camp Randall Stadium is a huge hurdle for the visiting team.

So for now, Ohio State fans might celebrate the number one ranking by joining the Badger student section in jumping around.  Starting tomorrow, it’s time to get serious about a very difficult game. 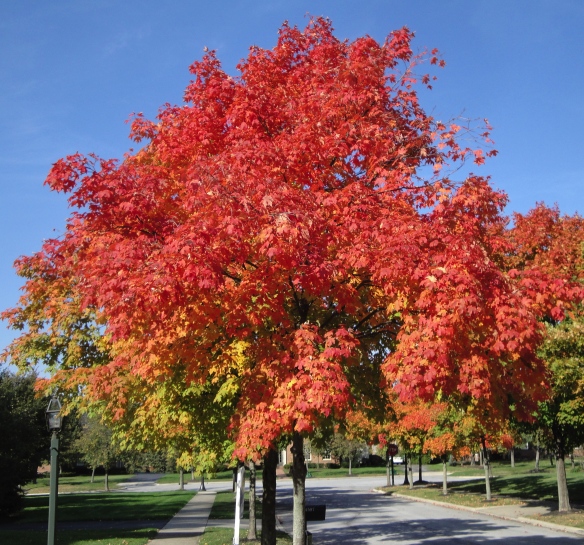 The sugar maples in our neighborhood are in fine color, with their leaves a bright collage of scarlets, vermilions, and fire-apple reds.   Even on a warm day like today, the changing leaves serve brilliant notice that colder weather is around the corner.

The Wall Street Journal has an interesting article on middle-class spending in the past few years.  Department of Labor statistics show that middle-class Americans cut their spending by 3.5 percent from 2008 to 2009, the steepest one-year decline in spending since such records began being kept in 1984.  Spending by the richest Americans also declined by 2.6 percent from 2007 to 2009.  The statistics show that reduced discretionary spending produced the decline, with people shelling out less on things like alcohol and eating out.

These statistics aren’t a surprise to anyone in middle America.  The ongoing recession — only economists believe it ended months ago — has truly shaken the confidence of the American consumer.  In the past, spending by optimistic Americans pulled the country out of recession.  In this instance, that is not happening because there is too much uncertainty.  No one knows whether their taxes will be increased, or whether another round of layoffs may hit their workplace, or whether a desperate family member will come to them asking for help.  In such circumstances, the only prudent course is to cut back on non-essentials and try to make do.

This may be why the current recession is baffling economists whose models predicted a rebound in consumer spending.  Most Americans may be optimists, but they aren’t crazy.  They will adopt a careful wait-and-see attitude about whether there is real economic recovery before the purse strings are loosened again.