On Friday Richard and I, and a bunch of other people, are going to see Roger Waters perform The Wall.  According to the tour website, the show will feature Waters, backed by a full band, performing The Wall from start to finish.  Added to the mix will be an enormous wall, state-of-the-art video projections, a quadrophonic sound system, and puppets and inflatable objects. 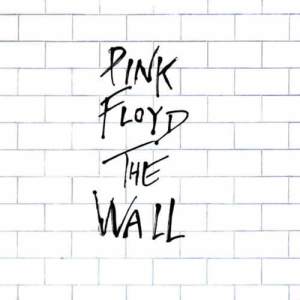 I’m looking forward to the show because I like listening to live music and because some of the songs on The Wall are among my favorite songs, ever.  The album came out when I was in college, when Pink Floyd was a staple on every stereo system.  Dark Side Of The Moon and Wish You Were Here were generally recognized, then and now, as two of the very best rock albums ever recorded, and Animals wasn’t chump change, either.  Then years passed without a new Pink Floyd album.  When the word got out that The Wall was in the offing it became one of the most eagerly anticipated album releases ever.  When it finally hit the record stores I immediately bought a copy and listened to it from beginning to end and most of my friends did, too.

After repeated playings I fell into a pattern of listening to the first three sides of the album where my favorite songs — Mother, Young Lust, Don’t Leave Me Now, Hey You, and particularly the epic Comfortably Numb — were found.  Side four fell into disuse, like side four of the Beatles’ White Album.  In a way, listening to Roger Waters and his band perform side four will be like running into an old friend that I haven’t seen for years.