Tomorrow night Ohio State will play at Minnesota.  It is one of those “trap games”  — a game that the Buckeyes are expected to win, but also a game that poses challenges. 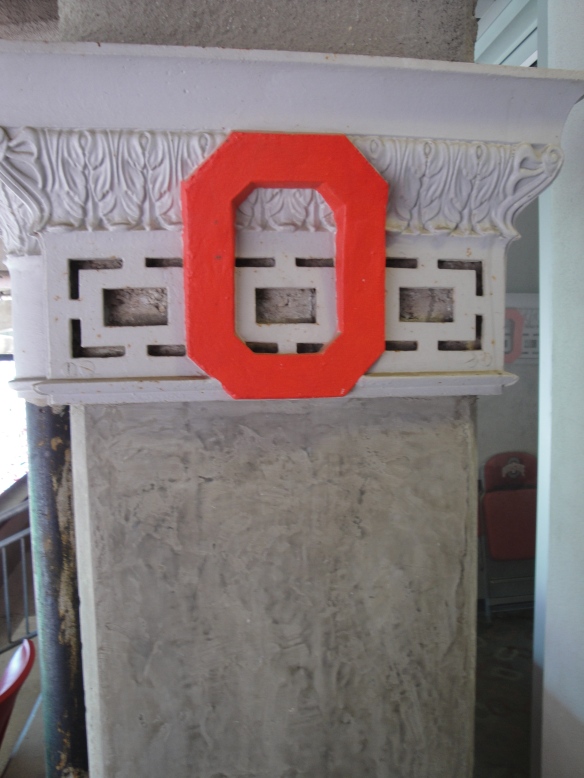 It has been a tough season for the Golden Gophers.  They are 0-4 in the Big Ten, having lost to Northwestern, Penn State, Wisconsin, and Purdue, and 1-7 overall.  They had an embarrassing defeat to South Dakota, and earlier this season they fired their coach.  Still, Minnesota has managed to put points on the board in its conference losses.  They are led by a senior quarterback, Adam Weber, who has thrown for 17 touchdowns, and a big, tall, receiver, Da’Jon McKnight, who has caught nine of those scoring passes.  They have two good running backs who share rushing duties.  The Golden Gopher defense, however, has been a problem all season.

You would expect Ohio State to win this game, but there is reason for Buckeye fans to be wary.  This game is a way for the Minnesota players to salvage something from an otherwise lost season.  The Golden Gophers will be playing under the lights on national TV before what is likely to be their biggest crowd of the season.  They just saw their arch-rival, Wisconsin, beat Ohio State in a night game, and they will be fired up to duplicate that achievement.  I would expect Minnesota and its interim coach to pull out every stop and use every play in the playbook to try to win tomorrow night’s game.

As I said, it’s a trap game.  I hope the Buckeyes are ready.

Recently I heard a report on NPR about the growing popularity of roller derby, and I’ve seen articles about the phenomenon, too.  Seriously . . . roller derby?

My roller derby days date back more than 40 years to Saturdays when UJ and I used to watch Channel 43, the UHF channel in the Cleveland market.  Roller derby was one of those off-brand sport shows, like “Big Time Wrestling,” that you watched on UHF stations.  They all featured simple plot lines and obvious good guys and bad guys.  Roller derby, however, was a bit more intriguing for 12-year-old boys because it involved women.  And what women they were!  Tall, statuesque women made even taller by their roller skates, with elaborate bleached blonde hairstyles, helmets, elbow pads, knee pads, and tight-fitting uniforms.  It was strangely alluring to see them whipped around the rickety ramped track by their teammates, ducking and diving as they tried to score points.

Of course, the rules of roller derby were unknowable, like the rules of cricket.  They had something to do with jamming and jammers, and the goal seemed to be to get around the massive, elbow-throwing skater guarding the rear of the pack and then passing as many skaters as possible.  Who cared, anyway?  I just wanted to see the San Francisco Bay Area Bombers take on their opponents, all the while secretly hoping these titanic figures would plow into the abdomen-level railing and flip over during a crucial point in the match, or would be hip-checked by a savvy opponent and then fly off the high side of the track into oblivion — to be inevitably followed, of course, by helmets thrown down like gantlets and some kind of cat fight in the center of the track.  For a 12-year-old kid, it was great entertainment!