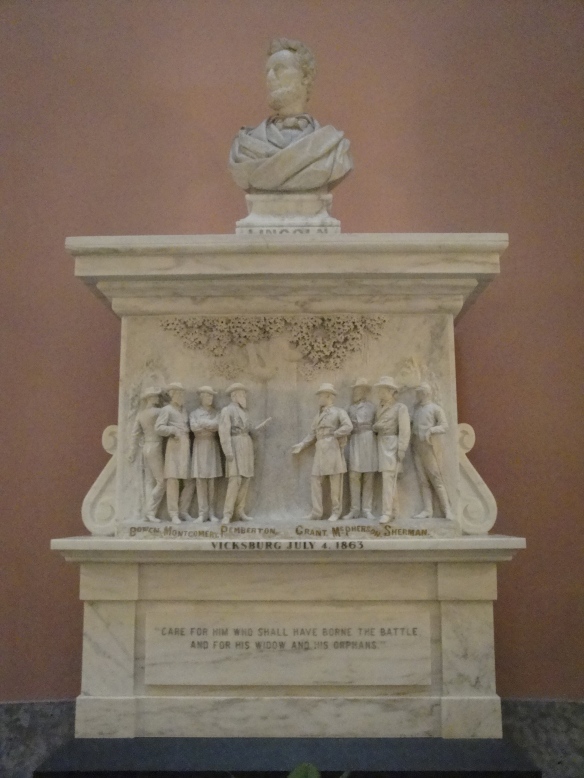 Any Statehouse worth its salt should have a few monuments, and the Ohio Statehouse fills that bill.  One area of the rotunda includes a marble commemoration of the Union victory at Vicksburg — complete with identification of the victorious Union generals and the defeated Confederate generals who were involved — topped with a marble bust of Lincoln.  The inscription reads:  “Care for him who shall have borne the battle and for his widow and his orphans.”

At the Statehouse, Civil War artifacts and remembrances are never far away.