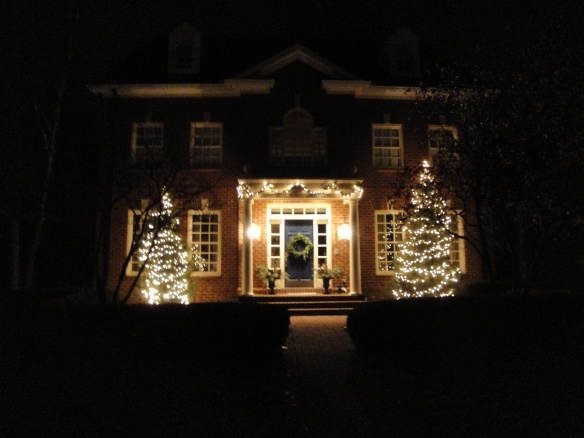 As we have done several times before, the Webners have hit the road for the holidays.

We head for warm weather, beaches, and cold beer with strange, exotic names.  This year, we have journeyed to Costa Rica, a rugged country far south in central America, where the land bridge between North America and South America narrows to a rocky thread.

It has been a good choice.  Although it took a long bus ride to get to Sugar Beach resort, where we are staying, the ride was worth it.  The temperature has been in the ’80s and our house is quiet and private.  The beach is beautiful and secluded, the food is good, and many Imperials have already been quaffed around the cribbage board.  It is a great way for the family to catch up after a long, busy year.

Going through any airport in the United States is an experience in soul-deadening sameness.  Every airport has the same features, the same stores, the same signs, the same walkways, the same arrival/departure boards — in short, the same everything.

Why is this so?  Is it because airport designers and managers believe that most Americans are so immersed in consumer culture that they cannot exist if they ever get more than 50 yards from a Sbarro, a generic newstand, or a sticky, crowded food court?  Is it because airport designers are engaged in a giant cover-your-ass exercise, figuring that if they create an airport that looks like every other airport the county board or city council that floated the bonds won’t complain?  Or do they honestly believe that there is only one way that an airport should look, and feel, and that is all we are going to get?

Magazine ads used to feature mock envelopes with the address “Anytown, U.S.A.”  Small towns, however, always had their own unique features, foods, and local stores.  Airports don’t.  Most pictures you take of an airport — like the picture accompanying this post — look exactly like every other airport.  (In this case, it is Houston.)  It’s sad, and makes you feel like you really aren’t going anywhere at all — just to another bland stop on the sameness express, where every airport has the dash and spice of a mouthful of phlegm.