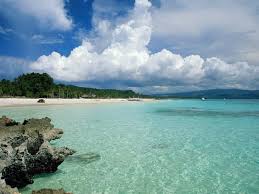 While relaxing at the Cliffhanger (the deck that overlooks the pristine beach and aqua colored ocean at Cupecoy Beach Club) the Finefrocks son Matt made a comment that everything you could ever wish to have in Paradise is on the island of St Martin and after vacationing there for the first time I wholeheartedly agree.

Last week I had the opportunity to hang with Bill and Sue, Matt’s parents whom I have never met before. Not only are they two of the nicest people you would ever want to meet, but they are the ultimate host and hostess, allowing a friend and I to be the first of a long line of guests they have visit them every year to as Sue says share in the joy that they experience every day.

Here’s a wonderful little slide show that Sue put together of photos during the first half of our trip. A typical day for me started with an early walk on the beach, followed by a few hours of pool lounging or a trip by car to one of St Martin’s many beaches.

Lunch was followed by more sun by the pool or beach and an occasional nap. The international paper was delivered daily poolside and there was something very gratifying about seeing pictures on the front page of the snow storms up in the states while basking in eighty degree temperatures.

In the early evening we would either head to one of the many happy hour offerings or walk down to the Cliffhanger with a glass of wine to watch the sun go down and the cruise ships head off into the sunset. After sunset it was off to the Atlantic Casino located right across the street to play the penny slots for hours hoping to hit a big jackpot.

So thanks for your hospitality Sue and Bill, you have got it right, work hard for a good part of your life then enjoy the fruits of your labors and share your good fortune with family and friends. I am glad to have gotten to know you and am happy to call you my friends.

I’ve had the opportunity to go see the Buckeyes play a number of basketball games at the Value City Arena at the Jerome Schottenstein Center.  Its full name is a mouthful, but most OSU basketball fans just call it the Schott.

The Schott was designed as a multi-purpose facility.  The Ohio State men’s and women’s basketball teams play there, as does the men’s ice hockey team.  It hosts concerts — Roger Waters memorably performed The Wall there in October — and other events like Cirque du Soleil shows.  Because it is a multi-purpose facility, trade-offs have been made that make it a less-than-perfect basketball venue. Its interior is a big bowl, the better to have unobstructed sight lines from the loge boxes.  There is sound-dampening material in certain areas that helps with concert acoustics.  As a result, the Schott seems to swallow up sound and doesn’t reach the kind of ear-splitting levels that you would find at St. John Arena — or at other Big Ten basketball venues, like Illinois’ Assembly Hall or Purdue’s Mackey Arena.

For this reason, other Big Ten teams don’t consider the Schott a particularly intimidating place to play (apart from the fact, of course, that under Coach Thad Matta, Ohio State has had some intimidating basketball teams playing there).  To its credit, Ohio State’s Athletic Department seems to have recognized this issue.  This year they have moved more students down to the floor level, in an area called the Nut House.  The Nut House students are seated around the visitors’ bench and do their best to raise a ruckus.  They wear Nut House t-shirts and funky outfits, have standardized cheers and chants, sing songs, and wave “fathead” cutouts of the heads of OSU President E. Gordon Gee, a smurf, former OSU great Michael Redd, and Snooki from Jersey Shore, among others, in an effort to distract free throw shooters on the opposing team.  The most recent game, against Michigan, got about as loud as any game I’ve attended at the Schott.

Because of the design choices, the crowd at the Schott will never be able to reach the decibel levels found at some other college basketball venues.  However, I applaud the Athletic Department and, in particular, the Nut House students for working to make the Schott a venue that is louder, more interesting, more fun, and hopefully more intimidating for the opposing teams that have the temerity to try to defeat the Buckeyes on their home floor.

The debate about whether federal employees are overpaid in comparison to private sector employees is never-ending.  Attempts at comparison are criticized for involving small sample size, for not accounting for differences in education level, and on the basis of other factors.  The Weekly Standard now weighs in on this ongoing debate with an article that concludes that, in fact, federal workers are overpaid. I’m sure that the article will not be the last word on the subject.  It does, however, provide ammunition for those who think that we can safely freeze federal employee compensation without losing out on qualified workers.

I’m not sure that debating the compensation levels of federal employees versus private sector employees is really all that meaningful.  To me, the more pertinent question deals with productivity and performance.  Speaking as someone who has worked (twice) in the federal government and also in the private sector, I am convinced that private sector workers must work harder, be more productive, and maintain a higher level of performance.  If you are a salesman, you have to sell up to your quota if you want to keep your job.   If you are a mechanic who botches a few repair jobs, you will find yourself out on the street.

How many federal employees get fired for poor performance?  Not as many who should be, no doubt, because the process of firing federal workers is incredibly difficult and time-consuming.  The result is that crummy workers keep their jobs, and the government hires additional employees to do what the poor employees can’t, or won’t, do.  The lack of a meaningful threat of discharge inevitably results in a bloated workforce.  The real answer to cutting the federal payroll is not to freeze salaries, but to get rid of the absurd limitations on discharging bad employees and require federal employees to meet the same meaningful productivity and performance standards that are applied to private sector workers.

One of the more troubling aspects of the “health care reform” legislation enacted into law last year has been the ability of companies and unions to get waivers that relieve them from having to comply with certain aspects of the law.  The waivers relate to provisions of the law that prevent plans from using high deductibles or low annual limits to control benefits.  Unfortunately, many plans need such provisions to manage costs; without those provisions, employers and unions would need to jettison their plans as unaffordable.

The Department of Health and Human Services may waive those provisions for certain employer and union plans.  The HHS website explains that, to be eligible for a waiver, the plan must certify “that a waiver is necessary to prevent either a large increase in premiums or a significant decrease in access to coverage” and must inform plan enrollees “that their plan does not meet the requirements of the Affordable Care Act.”  Whether to grant the requested waiver then seems to be entrusted to the discretion of the HHS and its Secretary, Kathleen Sebelius.  To date, 733 company and union plans, covering 2.1 million Americans, have received waivers.

This concept of “government by waiver” is troubling.  I’m skeptical of the claims of some conservatives, who believe that the waivers are being handed out as rewards for prior political support.  I do, however, question a process that allows unelected bureaucrats to grants waivers from a law that is supposed to apply to everyone.  The waiver process is symptomatic of the accumulation of power in the Department of Health and Human Services that seems to be the true hallmark of the “health care reform” legislation. If the law remains in force, Americans will need to get used to the idea that HHS will be making all kinds of decisions that have a direct impact on our health care.

In addition, what does it say about this hastily drafted, poorly considered law that more than 700 plans have certified that one of the law’s provisions will either vastly increase costs or cause coverage to be sharply curtailed?  Does anyone doubt that, if all American businesses had been aware of the possibility of obtaining waivers, that 700 number would have been multiplied by a significant factor?  It also is worth noting that the waivers aren’t limited to small, Mom and Pop plans.  To the contrary, some of the plans that have received waivers have hundreds of thousands of participants.  According to the HHS website, the plans that have received waivers include the United Federation of Teachers Welfare Fund (351,000 participants), CIGNA (265,000 participants), Aetna (209,000 participants), and BCS Insurance (115,000 participants).  Given these waivers, how can the proponents of the “health care reform” legislation continue to contend that the legislation will neither increase costs nor reduce coverage?  By granting the waivers, the bureaucrats at HHS are admitting that the exact opposite will occur if the law is enforced as written.