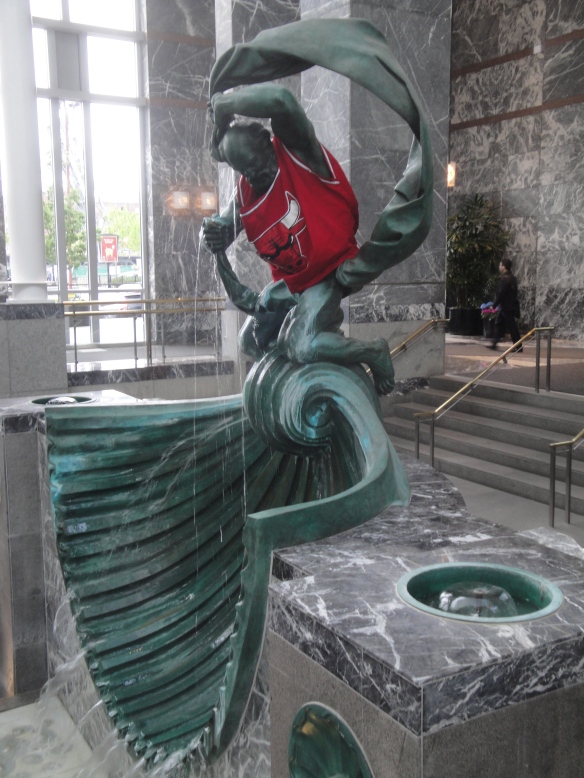 I was in Chicago today for a meeting, and when I got to my destination I saw this sight.  Whoever this bearded, apparently tormented, big-footed fellow is — Poseidon?  One of the Titans?  A weaver outraged by the high cost of cloth? — he at least has the civic spirit and good sense to wear a Chicago Bulls jersey.

People in Chicago are excited about the Bulls, who are playing the Miami Heat in the NBA’s Eastern Conference finals and have a 1-0 lead.  The interest of Chicagoans is to be expected, but I imagine that virtually every other sports fan in the country — including especially those in the Cleveland area — is rooting for the Bulls to beat the Heat.  Who wouldn’t want to bring LeBron James, Dwyane Wade, and Chris Bosh and the best team that money can buy down a peg?

I don’t follow the NBA or care much for the NBA style of basketball, but I wouldn’t mind seeing da Bullz knock off the South Beach Hustlers.  Maybe then this old guy can take his bath in peace.