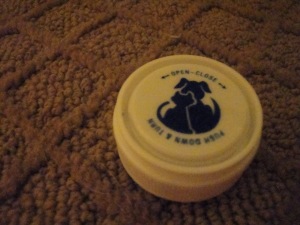 I was sick.  Now I am better.  But I don’t feel better because the others in the pack keep trying to make me eat these white things.  They came in a little bottle, and they are the worst things in the world.

I’m not going to eat the white things, and no one make me.

President Obama was in Columbus recently to tout his “jobs bill,” which would spend large amounts of federal money for teacher jobs and school building repairs.  According to the United Federation of Teachers — which, not surprisingly, supports the idea — the President’s proposal would spend $35 billion to preserve teacher jobs and another $25 billion fixing schools. 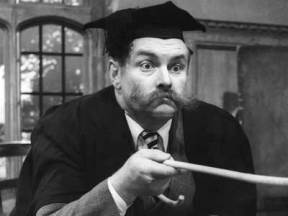 Why is it always teachers who benefit from these bills?  A lot of lawyers have lost their jobs recently — how about a costly federal program to spur the hiring of more briefcase-totin’, lawbook-quotin’ attorneys, so they can realize the American Dream?  Journalists also could use a hand.  Many newspapers have gone under or radically cut their staffs because nobody reads news the old-fashioned way anymore.  Or what about accountants?  Sure, they’re boring, and perhaps the recession just served as an excuse for companies to unload deadly dull bean-counters because nobody could stand to share a table with them in the cafeteria, but they could use our help, too.  So could insurance salesmen, and tugboat operators, and lumberjacks, and milkmen.

Perhaps President Obama justs walks into the West Wing every morning whistling Crosby, Stills, Nash & Young’s Teach Your Children.  Or maybe he’s heard the taunt about teachers that goes “those who can’t do, teach” and believes that our erstwhile educators won’t be able to find work if they lose their teaching gig.

Don’t get me wrong.  I like teachers — but there’s no reason why they should be favored over everybody else.  What about stimulus spending and jobs bills for every profession, craft, and trade?  It’s become the American Way!