In Ohio, the efforts to tap into the oil and natural gas buried deep in the Utica Shale formation are moving ahead rapidly, notwithstanding concerns on the part of environmentalists and some legislators about the potential impact. 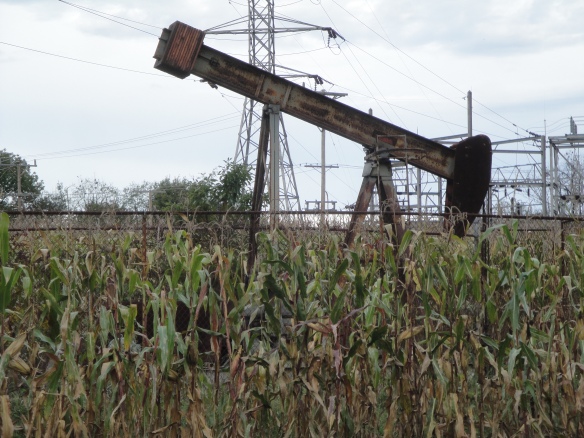 Today the Columbus Dispatch ran an article noting that permits to drill and use hydraulic fracturing, or “fracking,” techniques in eastern Ohio have gone from a trickle to a flood recently.  After only one such permit was issued in 2009 and only two in 2010, 42 permits have been issued so far in 2011 — 27 in the last three months alone.  Democrats in the Ohio House of Representatives want a moratorium on fracking until after the U.S. EPA has completed a study about it, but the momentum toward drilling, and the extraordinary interest in the economic activity that inevitably would follow the drilling, seems irresistible.

Recently Kish and I were in Carroll County — where more than a third of the already permitted well sites are found — and the interest in the Utica Shale was overwhelming.  Carroll County went through an “oil boom” of sorts decades ago; even today you see lots of old wells (like the one in the picture accompanying this post) out in the fields, still pumping away.  So, the idea of well-drilling isn’t scary per se, and residents seem to be happy about their lease payments and willing to dream about their possible royalties.  At the same time, however, they wonder what impact the drilling will have on their way of life — and what might change.

1 thought on “Looking To Frack Up The Utica Shale”