God, I loved the character of Leonard “Bones” McCoy as played by DeForest Kelley.  Crusty, unforgiving, gravel-voiced, and possessed of no people sense whatsoever, Bones had no problem with calling it as he saw it, even if it was in the middle of a crisis.  And, of course, no other doctor in the history of medicine was as proficient and profound as Dr. McCoy in declaring that some red-shirted security guy was dead.

But for me, the best McCoy lines had to do with the fact that he was just a doctor, with the limited skill set that implied:

Christmas cookies made with molasses are a good change of pace — and a good way to introduce some dark, sticky goodness to your cookie mix. 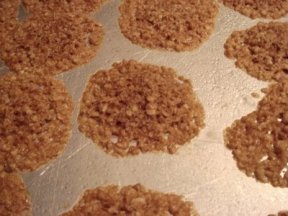 Combine sugar, molasses, water and butter in a saucepan.  Bring to a boil; remove from heat.  Stir until butter has melted.

Sift flour, baking bowder and cinnamon.  Fold into sugar mixture, then fold in nuts.  Drop mixture by tablespoons onto prepared sheets, leaving 3 inches between each.

Bake 12 minutes.  Cool completely on parchment then carefully peel off.

The Rock and Roll Hall of Fame announced their list of 2012 inductees recently.  The list was uninspiring and showed that another “hall of fame” is heading on the wrong track to Lameness Town. 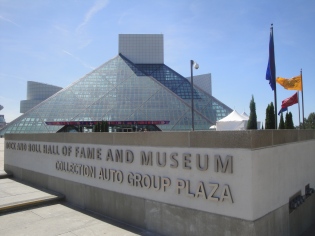 In case you missed it, the 2012 inductees in the “performer” category are the Beastie Boys, Donovan, Guns N’ Roses, Laura Nyro, Red Hot Chili Peppers, and Faces/Small Faces.  Yawn.  Really?  Laura Nyro wrote some nice songs for the likes of The Fifth Dimension, and now she’s in the Rock and Roll Hall of Fame?  The Beastie Boys are a rock and roll act, and not wannabe rappers?  (I’m not quite sure how the Rock and Roll Hall of Fame even defines “rock and roll.”  Any genre that encompasses Neil Diamond (a 2011 inductee), ABBA (a 2010 inductee), and the Beastie Boys, among others, is not focused with laser-like precision on “rock and roll” as I understand it.)  Do any of these guys really deserve mention in the same breath as, say, Chuck Berry, Elvis Presley, the Beatles, the Rolling Stones, and Bruce Springsteen?  Is the motivation behind enshrinement of these new inductees recognizing giants and ground-breakers — or is it just wanting to have a few more acts to perform at the 2012 induction ceremony and TV broadcast?

The Rock and Roll Hall of Fame has become reflective of a culture where everyone gets a trophy.  If you’ve written a few decent songs and had a few hits, you’ll probably get in.  It’s like the Baseball Hall of Fame.  The first class, in 1936, included only five true superstars — Ty Cobb, Christy Mathewson, Babe Ruth, Honus Wagner, and Walter Johnson.  The years pass, and after the turn of the century the Hall is down to admitting players like Bill Mazeroski and Ron Santo.

If the Rock and Roll Hall of Fame wants to mean anything, it needs to commit itself to being truly selective and to limiting its scope to real rock and roll, not every musical form that has existed in popular culture since 1950.  The exhibits to inductees like the Beastie Boys and ABBA are just clutter that will get in the way of visitors who want to see Buddy Holly memorabilia or learn more about the music of The Doors.