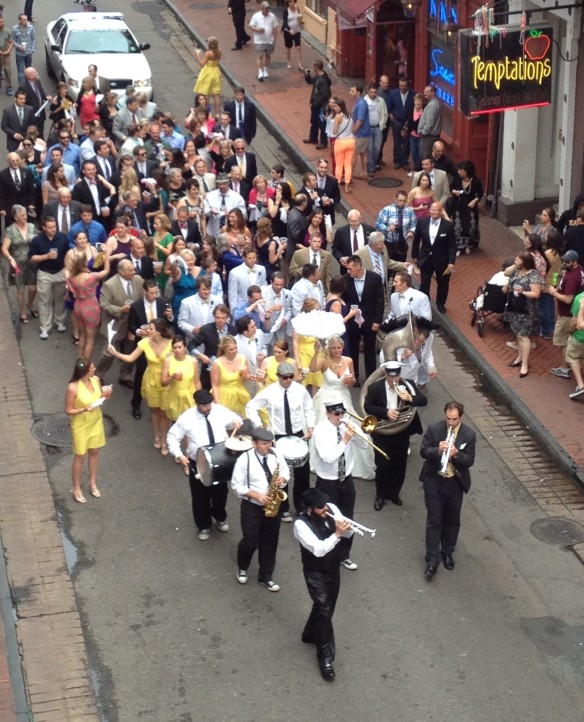 We’ve stood on our third-floor balcony at the Royal Sonesta Hotel the past few days and watched a number of wedding parties go marching and dancing past on their way down Bourbon Street.  Tonight’s wedding group was a particularly festive one, with some great music from a great band and a bridal party that was happy, energized, and ready to party and celebrate a fabulous day for their soon-to-be-married friends.

I don’t think anyone thought it was ominous that the bride and groom in their white outfits were walking past a “Temptations” sign.

New Orleans is home to the National World War II Museum. It’s an effort to remember and recognize the significance of a war that increasingly is being forgotten, with the passage of time and the passing of those who fought in history’s greatest conflict. 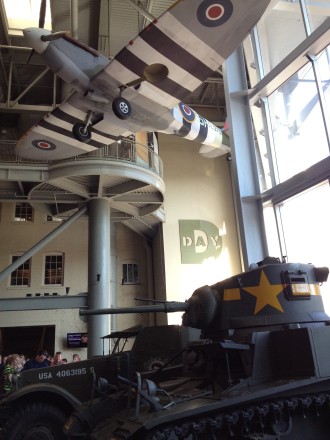 The annual meeting I’m attending had a dinner at the Museum.  Although the hour and the occasion didn’t allow a visit to the exhibits, I did have the chance to walk around a hall where planes hang from the ceiling and PT boats and tanks and jeeps are available to be examined.  One of the devices was a Higgins boat, the famed amphibious landing craft with the plop-down bow that ferried our invading troops from ships to shore and made the invasion of Normandy and the island-hopping strategy in the Pacific possible.

We also watched Beyond All Boundaries, a film about the war narrated by Tom Hanks.  The movie, and a short introductory film that set the stage for the conflict, are powerful reminders of how many millions of people were killed across the globe, the awful horrors of the war, and how dramatically the war changed society and the world. 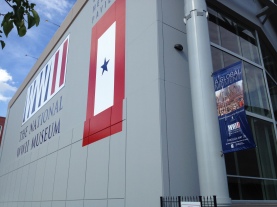 The film is designed to make the audience feel like part of the story, as lights flash around the theater, seats rumble, snow falls, smoke fills that air, and objects drop from the ceiling and rise from the floor.  However, the words of the soldiers and some of the pictures in the film — the starving Holocaust survivors in their ragged concentration camp uniforms, frozen bodies of dead soldiers loaded onto trucks, a dead Japanese child floating in the surf off one of the Pacific islands where the fighting was so intense — pack far more of a punch than the gadgetry ever could.

After watching the devastation, and the death, and the carnage, I wasn’t exactly in the mood for a dinner party.  We should all thank the Americans who fought in that bloody conflict that helped to restore freedom to the world.

The streetcars run at various points in New Orleans — along the riverfront, and from the riverfront past the French Quarter, which is where I took this photo — and their festive colors and sounds add a lot to the distinctive feel of this very distinctive city. 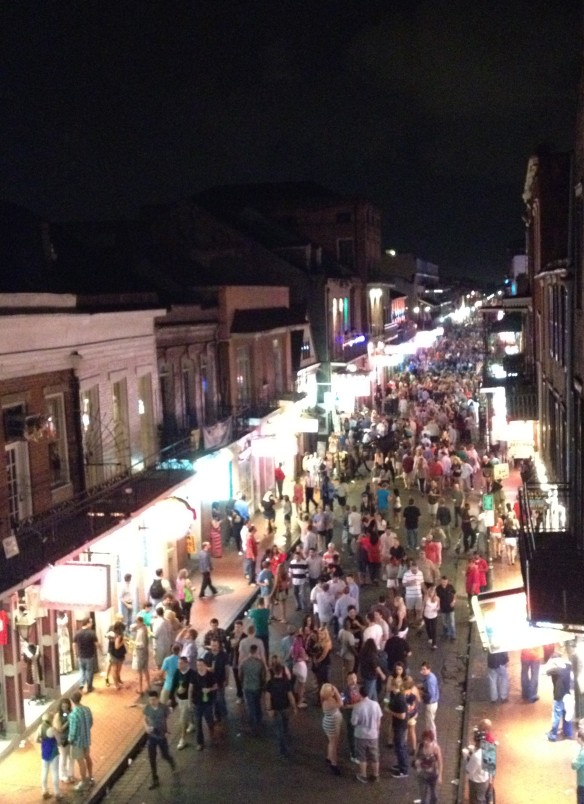 Few places in America, perhaps, can match Bourbon Street on a Friday night.  The flood of humanity, the debauchery, the awesome, unrelenting, potentially debilitating drunkenness — this is what has made our country great.

Well, perhaps not — but it certainly has made our country unique.  The opportunity to smoke a cigar, drink Abita Amber beers, and then toss gaily colored  beads to drunken, overweight people reeling down the street after midnight has to count for something.