I haven’t yet read the Supreme Court opinions issued on the constitutionality of the “health care reform” act.  From news reports, I understand that the 5-4 majority characterized the individual mandate as a tax and therefore within Congress’ constitutional power. 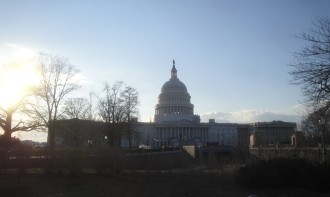 Because I haven’t read the opinions, I can’t comment on their merits.  One result of the Court’s action, however, is that the stakes for the upcoming election will be both heightened and sharpened.  Almost immediately after the ruling, I received emails from the Democratic Party and its candidates lauding the decision and the act it upheld.  From the Republican side of the aisle came commitments to repeal the statute and expressions of concern about the increasing role of government.

Since the days of the Revolutionary War, American history is full of debates about fundamental questions that were resolved through the political process and at the ballot box.  I’d rather have the focus of this year’s election be on the role of the federal government and the merits of the “health care reform” statute than on ginned-up issues like the investments made by Bain Capital when Mitt Romney worked there.

Voters now know far more about the “health care reform” statute than we did when it was being pushed through Congress in a process characterized by hastily written language, backroom deals, and votes cast by members who hadn’t even read the bill before them.  We’ve seen actual actions taken by the federal government pursuant to the statute — including the regulations that have upset the Catholic church and other religious groups — and we know the funding mechanism for the statute is properly viewed as a broad tax.

As a result, the debate to come will be far more concrete than the debate that occurred several years ago — and the voters will decide who wins that debate.  That is a good thing.

2 thoughts on “An Election About Something Concrete And Fundamental”