Politicians asked to make a tough decision often resort to “advisory councils” and “task forces” as a way to defer making the decision.  Convince people that the decision involves a complex issue, pledge to appoint a “blue-ribbon panel” filled with the finest “subject-matter experts” who will make recommendations, and then lean back and enjoy the respite for however long it takes the panel to investigate, and talk, and hear from other subject matter experts. 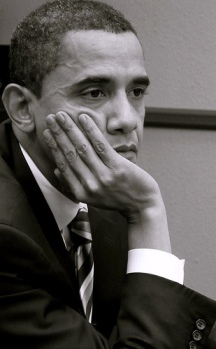 It’s pretty foolproof, unless you forget that it’s a double-edged sword.  You’ve argued that the issue is a vital one, meriting careful analysis by this top-notch council of eggheads, so you can’t blow them off or fail to meet with them.  If you do, you’re either communicating that the issue isn’t really that important, or that the creation of the panel was an obvious dodge — or both.

That’s why the news that President Obama’s “Jobs Council” hasn’t met in half a year is such a dumb, self-inflicted wound for the President — one that should cause staff heads to roll.  You can’t expect the President to remember the name of every pointless commission, panel, and advisory group currently examining various issues or federal governmental functions, much less think about how often they’ve met.  When the President’s “Jobs Council” was formed, a staff member should have calendared a meeting every two months, no exceptions, and scheduled the President’s other events around that standing meeting — at least until the election occurs. The President would be bored for an hour or two, but that’s a small price to pay for the political value of the “advisory council” device.

Instead, the President looks like he’s more interested in fund-raising and making speeches to high school students than meeting with the experts to hear their thoughts on how we can get the economy moving again and create the significant jobs that accompany economic expansion.  That’s not a great message to send during an election year, when high unemployment and economic issues are weighing very heavily on the minds of huge numbers of voters.