Tonight, in Florida, President Obama and Mitt Romney have their final debate.  This debate will focus on foreign policy and — as UJ notes in his post today about the Middle East — there is a lot to talk about. 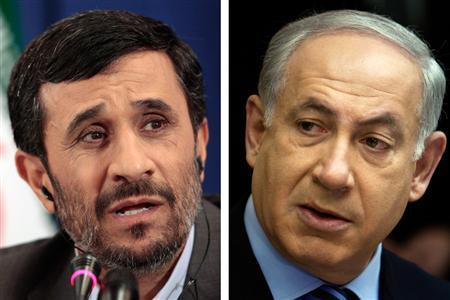 The debate will follow the same format as the first debate.  There will be six 15-minute discussion pods on topics selected by the moderator, Bob Schieffer of CBS News.  The moderator will open each segment with a question, each candidate will have two minutes to respond, and the moderator will guide a discussion of the topic for the remainder of the 15 minutes.  The six topics selected by Schieffer are:  “America’s role in the world,” “Our longest war — Afghanistan and Pakistan,” “Red Lines — Israel and Iran,” “The Changing Middle East and the New Face of Terrorism (I and II),” and “The Rise of China and Tomorrow’s World.”  The moderator reserves the right to change the topics depending on developments, and the order of the topics also can be changed.

It will be interesting to see if there is a change in tone for tonight’s debate.  The last presidential debate was heated, with some very sharp exchanges.  Hyper-aggressive posturing by the candidates may be acceptable when domestic policy is being discussed, but foreign policy is a different arena.  Although the candidates obviously will be thinking of how their statements will affect the presidential race, they also need to be mindful of the foreign audience that will be watching the debate.  I’m sure the people of Israel, for example, will be carefully reviewing the discussion during the “Red Lines:  Israel and Iran” segment.  The candidates will need to speak clearly and be cautious in their comments and (of course!) avoid the devastating gaffe.  I’m sure both the President and Mitt Romney have been practicing the pronunciation of the names of foreign leaders.

For those of us here in America, Libya obviously has been in the spotlight.  Every day, revelations raise new questions about our security arrangements in Benghazi, our lack of a response while the attack was ongoing, and our conflicting and misleading statements after the attack ended.  Another big topic will be Afghanistan and Iraq, where so many of our sons and daughters have served for so long and so many families have suffered devastating losses.  What can we do to make sure that the gains obtained through their service are protected, while extricating ourselves from conflicts that seem never-ending?

It’s a dangerous world out there.  In addition to the rise of Islamic fanaticism and the always unsettled Middle East, there is the ongoing, hair-trigger stand-off between North and South Korea, a resurgent Russia eager to flex its geopolitical muscle, a European Union that seems to be collapsing under the weight of its fiscal irresponsibility, and tensions between China, Japan, and Taiwan about the sovereignty of islands, among many other issues.  UJ’s post notwithstanding, I don’t think President Bush can be blamed for all of these issues — and even if he could, laying blame on a President who has been out of office for four years does nothing to solve the problems.  In tonight’s debate I’ll be listening for thoughtful discussion of these issues and reasonable solutions, not finger-pointing.

2 thoughts on “The Final Debate”