For years, Congress enacted laws that did not apply to Congress.  The Affordable Care Act was supposed to be different, however.  It provided that members of Congress and their staffs would not receive gold-plated coverage through the Federal Employees Health Benefits Program and instead must purchase insurance through the on-line exchanges.  Notably, the law made no provision for taxpayer subsidies of the cost of such insurance.  In short, Congress and its staffers would have to pony up for insurance just like the rest of us schmoes. 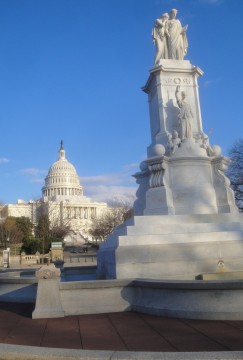 Then Congress had second thoughts.  Without subsidies, Representatives, Senators, and staffers would face “sharply increased costs.”  That, in turn, might cause a “brain drain,” as dedicated public servants left for more lucrative private employment.  Those considerations, at least, were offered as justification for a new proposed rule promulgated by the Office of Personnel Management after intervention by Congress and President Obama.  Under the proposed rule, taxpayer contributions will be allowed to continue for exchange-purchased plans for lawmakers and their staffs.  The taxpayer contributions will cover about 75 percent — 75 percent! — of their health care costs.

It’s a mystery how the OPM can conclude that taxpayers must pay for a subsidy when the Affordable Care Act says nothing about it.  More basically, though, the justification for the subsidy is laughable.  What is the evidence that there are any brains, among members of Congress or their staffs, that we should worry about being “drained”?  How much thoughtfully crafted legislation has come out of Congress lately?  The last I checked, members weren’t even bothering to read the voluminous bills that get written and voted on at the eleventh hour.  And there is no sign of brilliance in the legislative maneuvering, on both sides of the aisle, that has produced nothing but pointless bickering and idiotic solutions like “supercommittees” and “sequestration.”

In reality, members of Congress aren’t worried about brains — they are worried about protecting their own little fiefdoms, where they are treated like royalty by staffers who are prized not for intellect, but for loyalty and a laser-like focus on the crucial, ultimate goal of getting their member reelected at all costs.  If the loss of a 75 percent subsidy that most private employees could only dream of will cause those staffers to look elsewhere for employment, Congress has only itself to blame.  The alternative jobs undoubtedly will be lobbying and consulting and NGO jobs, where the former staffers will trade on their government experience and ability to obtain “access” to their former bosses and others on Capitol Hill.  If Washington, D.C. were not an insiders’ heaven, lucrative outside employment opportunities for the staffers who are pure political hacks would be non-existent.

Members of Congress are elected to represent us; they don’t thereby become an elite class.  They shouldn’t be treated any differently than the rest of the country, and neither should their staff members.  Shame on us if we let this latest outrage pass without recognizing, and acting on, the fact that Congress has once again immunized itself from the pain and aggravation that we will experience as a result of laws that Congress and the President have enacted.