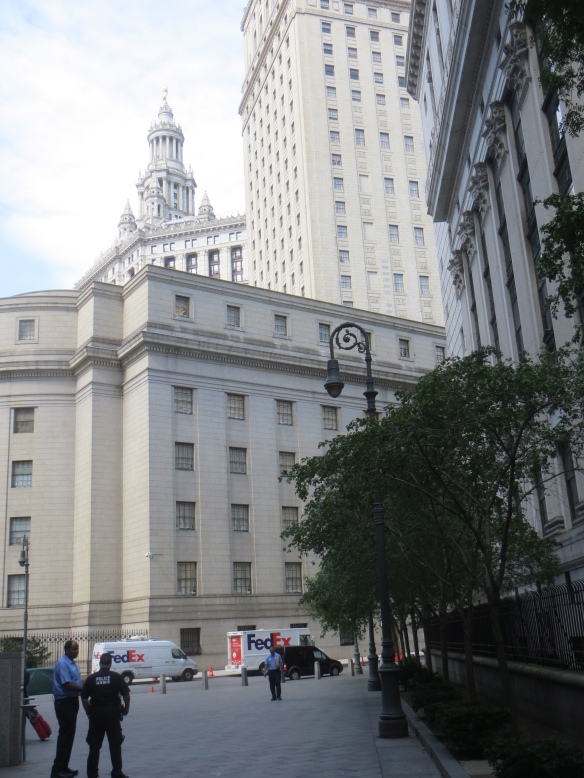 Today I was in downtown Manhattan.  And I mean, literally, downtown — in the oldest part of the city that sprang up along the water.

Although the wide boulevards and clean, rectangular grids of midtown and uptown New York City are nice, I like the downtown area.  I like the street names, like Wall Street and Beaver Street and Water Street, that tell you something about where the streets are and what kind of business occurred there back in colonial times.  I like the fact that the streets run every which way and the intersections make no sense and the buildings seem like they are on top of each other.  I like the crowded and chaotic feel of the place.

New York is huge and bustling, with skyscrapers seemingly on every corner.  It’s one of the biggest of the big cities, but when I am downtown I feel like I get a glimpse of the small town on an island from which the big city grew.