The Boston Globe recently ran an article about “beauty bias.”  The underlying concept is that people inevitably discriminate in favor of the beautiful and, in so doing, show bias against the less attractive among us.  So, what to do about it?

One of the suggestions by “experts” is that we make homely people a protected class entitled to special legal protection, or require some form of “affirmative action.”  The article makes it seems, at least, that these are serious suggestions propounded by serious people.  Apparently, they don’t realize how ludicrous it would be to implement either of these proposals — and how stigmatizing. 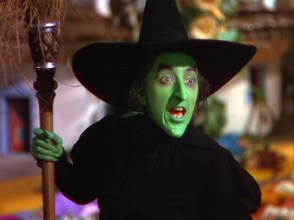 Imagine walking into a job interview and getting rejected, and then bringing a “homely discrimination” claim.  The first element of the claim, presumably, would be to prove that you’re not one of the beautiful people.  Even if people wanted to self-identify as ill-favored — a dubious proposition, in my view — how would you prove that element?  By comparison to a Hollywood start or supermodel?  And how would you draw the line about who could bring a claim?  Would simply plain people be eligible, or would that ability be reserved to only those who fall into the Wicked Witch of the West category?

Can’t we just take a deep breath before creating more legal “rights,” and recognize that people inevitably will look different in ways that favor some and disadvantage others?   For example, studies show that people subconsciously attribute more leadership qualities to taller individuals.  If you’re of below average height, should you get some form of compensation or the ability to make a claim if a taller man or woman is promoted rather than you?

This kind of effort is futile and, I think, ultimately counterproductive.  People would do well to stop worrying about outward appearances and start thinking about how to let their inner beauty show.

The geographic orbit of the Webner clan will tighten come January.

Richard told us yesterday that he will be working next semester at the Pittsburgh Post-Gazette.  The University of Missouri apparently requires students getting their Master’s degree in journalism to have a professional internship in the last semester of their second year, and Richard will be fulfilling that requirement at a fine newspaper in the Steel City.  Russell, meanwhile, moved into his new lodgings in the Detroit area yesterday.  He’ll be starting work toward his MFA at Cranbrook Academy of Art on Monday.

So, after years of Richard hundreds of miles to the west and Russell hundreds of miles to the east — each honoring the unwritten but apparently ironclad “no parents within 8 hours driving time” buffer zone — our family circle will shrink spatially.  With Richard and Russell each in a neighboring state, we’re looking forward to seeing them more often, and the fact that they will be located in interesting places we haven’t had a chance to explore yet makes the prospect all the more enticing.

The world is a big place, and New Albany, Ohio is just one tiny spot on the globe.  As parents, we want our children to dream big dreams and then try to make those dreams a reality.  That means having the independence and self-assurance to go out on their own and move far away if necessary as they pursue their passions and interests and work to build careers and lives that make them happy.

We understand this, intellectually — but our hearts tug in the opposite direction.  It will be wonderful to have the boys a bit closer to home for a few months.