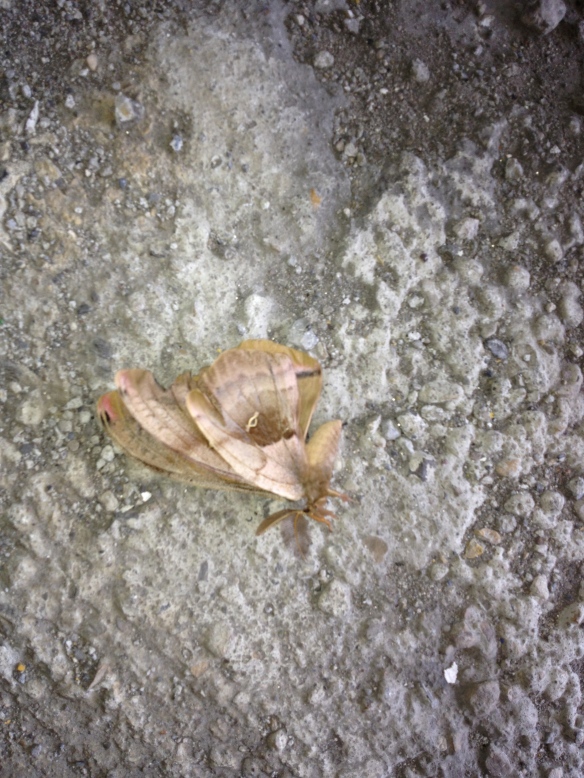 When you find dying butterflies in your parking garage, can the end of summer be far away?

Yesterday the August jobs report came out.  It was another in a series of “disappointing” economic reports — to the point where journalists covering employment numbers must have had to hit their thesauruses to try to find new synonyms for “weak,” “soft,” and “discouraging.”

In August, the economy added 169,000 jobs.  It’s a mediocre number, following a series of mediocre jobs growth numbers.  The unemployment rate dropped, but only because we don’t take into account people who have just stopped looking for work.  As the New York Times story linked above reports, the number of people participating in the labor force — i.,e., either working or looking for work — fell to its lowest level since 1978, since the Jimmy Carter administration.  And, the job creation estimates for June and July were revised downward.

There are concerns about the quality of the jobs being created.  Many of the new jobs are part-time positions in the retail and food services where the pay per hour is lower than in salaried jobs.  More then 7.9 million Americans are looking for full-time jobs but are only able to find part-time work.

The analysts react to these reports by debating whether this latest glimpse at a lame economy will cause the Federal Reserve Board to modify its monetary policies, and how the stock market will be affected.  And who knows?  Perhaps President Obama will declare, for the umpteenth time in his presidency, that he is ready to focus with laser-like intensity on jobs, jobs, jobs — and hope that no one recalls that his previous pivots to the terrible employment situation did absolutely zilch to ease the angst of people who can’t find work.

As for me, I try to remember that behind each employment statistic there is a human story of suffering and embarrassment, of people who can’t provide for their families and have seen their dreams explode in a blizzard of unpaid bills and urgent notices from creditors.  Why isn’t their terrible predicament more of a priority for President Obama and Congress?  Isn’t it time that we tried a different approach that might actually help them to find a good-paying job?