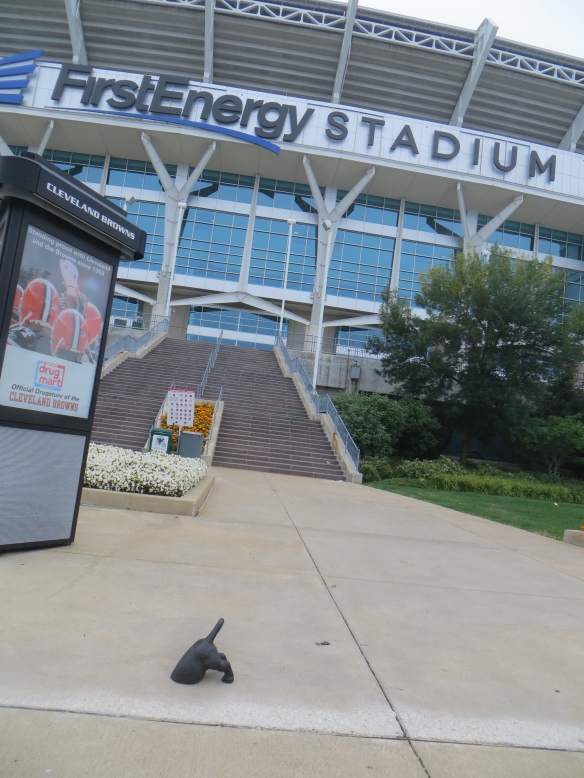 The Buttster is up in the City by the Lake, hoping to bring home a winner in BrownsTown.  If Dog Butt can’t change the Browns’ luck, no butt can.

Recently I was scrolling through a news website and saw a story about some celebrity coming out of her most recent rehab.  During an interview, she declared that she was a “spiritual” person.

I don’t know how many celebrities are religious in the conventional sense, but few celebrities seem to want to declare that they are.  It seems old-fashioned, and inconsistent with the cutting-edge personas that most celebrities want to portray to the world.

At the same time, some social niceties must be observed, mustn’t they?  Celebrities can’t be all about getting hammered at late-night raves and being photographed under tables and shacking up with a new, dim-witted actor or rock star.  It seems so empty and vacuous.  So, their publicists decide that celebrities need to have a pet charity to show they support larger causes.  They need to make mindless political statements from time to time.  And, to show they’re really deep, they claim to be “spiritual.”

What does being “spiritual” mean?  Who knows?  It sounds good, though, doesn’t it — like maybe, once in a while, amidst the drinks and the drugs and the wild partying, the celebrity pauses to reflect on deeper issues.  It’s a wonderfully flexible, elastic term that has no fixed meaning.  Every listener imbues the term with their own sensibilities.

Our celebrity-obsessed culture disgusts and amuses me, and in this case the “spiritual” claim is worth a chuckle or two.  Really, is anyone fooled by this stuff?

This morning is the ninth annual New Albany Walking Classic.  It’s the largest walking-only race in the United States and one of the signature events of Healthy New Albany.  You’ll see the intense, heel-toe, Olympic-style walkers bouncing along at breakneck pace, followed by the measured gait of dedicated walking club members, and finally the casual walkers out for a nice stroll past a golf course and through a pretty suburban neighborhood. 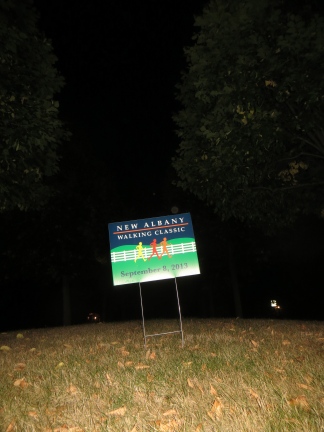 The course also goes right by our North of Woods neighborhood, which means we’re blocked in for the duration of the event.  On our walk this morning we saw that the signs were up, the orange directional cones were in place, and the guys scurrying around on golf carts were doing whatever it is they do.

This year — rather than runing the risk of another silly confrontation with overly officious Boy Scout leaders bent on preventing me from driving out of the neighborhood before the event even begins, as has happened in years past — I got up extra early, moved my car to a safe parking place away from the walking course, and walked back to feed the dogs and take them for our morning jaunt.