These days America, collectively, is like Mikey in the old TV commercial for Life cereal.  We seem to hate everything — or, more precisely, everyone, or every party, that has anything to do with national politics.

NPR had an interesting story last night about the unusual poll results we are seeing.  President Obama’s general approval numbers not only are plummeting, but public perception of his personal qualities for honesty, trustworthiness, and awareness of the concerns of ordinary Americans also is falling like a brick tossed from the roof of a skyscraper.  And he’s not alone.  Approval ratings for Congress, and for congressional leaders, Democrats and Republicans alike, are incredibly low, and their negative ratings are spiking. 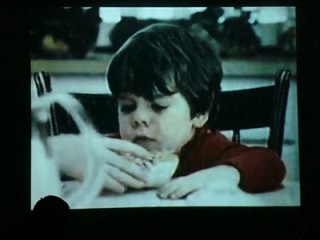 I think the mood of abject disgust that these polls reflect is real, and likely to be long-lasting.  The debacle with “Obamacare” and the healthcare.gov website, coming on the heels of the government shutdown, have contributed to that mood, but the sense of fear and loathing has been brewing for some time.

President Obama’s awkward comments about the “Obamacare” rollout, which suggest his seeming disengagement with nuts and bolts decisions and bad news,  his failure to truly monitor important activities, and his apparent discovery that everyday activities like buying insurance can be complicated, aptly capture our concerns about all politicians.  Forget about being competent; are they even paying attention?  Do they feel accountable for blunders that cost taxpayers billions to fix?  Are they so insulated by a phalanx of sycophants and enablers and excuse-makers that they really don’t live in the same world the rest of us occupy?

From time to time during my adult life, people have questioned whether a viable third party could emerge, but America’s two-party system is just too engrained.  These days, however, I wonder:  are the repeated failures we are seeing fraying the ties to political parties for everyone other than the true believers?  Might a significant chunk of Americans be willing to look in a new direction?

1 thought on “When Everyone And Everything Seems To Suck”