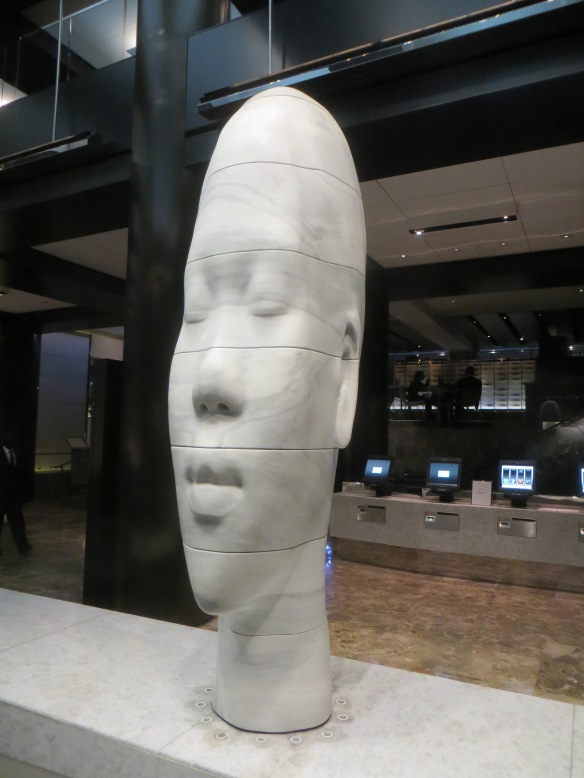 Hotel lobby art is a special kind of art. It has to be large enough to work in a cavernous, high-ceiling space, yet likely to be inoffensive to the vast majority of patrons shuffling by on their way to their rooms or the concierge desk. Most hotel lobby art blends unobtrusively into the background; it’s rare to see something that is interesting enough to demand a second look.

The lobby of the Grand Hyatt in New York City, next to Grand Central Station, is an exception to that rule. It features two striking statues of the heads of sleeping women by artist Jaume Plensa. Made of white marble and created with horizontal lines, the two statues have a peaceful, ethereal feel and look like gigantic holograms. You feel compelled to walk around them just to make sure that they are tangible.

It’s nice to come to a hotel lobby that makes you think, even for a moment, about the wonder of art.