Yesterday I got the pins removed from the three middle toes on my left foot. It was a curious, almost mechanical exercise. The doctor grabbed a toe, worked the pins back and forth while pulling, like he was freeing a cork from a bottle, and ultimately the pins popped out of their respective, former hammertoe bones.

It smarted a little, but I was happy to endure the discomfort to reach the ultimate result. Because I don’t have to worry about bending the pins any more, I can actually put weight on my left foot again. That means I don’t need to use crutches any longer. 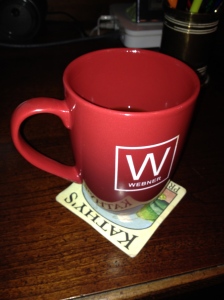 I’m still supposed to avoid putting weight on my toes, so for now I’m a heelwalker. My gait looks something like Walter Brennan’s hitch step in The Real McCoys, or the dragging undead shamble you see in Shaun of the Dead, Night of the Living Dead, or just about any zombie flick. I don’t care. After three weeks of hobbling around on crutches, being able to stand steadily on two feet is just about the most liberating feeling you can possibly imagine.

Today, for the first time in three weeks, I was able to make and pour my own cup of coffee and glass of orange juice. It’s just not possible to tote a cup of liquid when you are on crutches. I did the dishes and helped to straighten up around the house. I can easily carry and move things once more. I finally feel like I’m pulling my weight again, rather than being a dead load around the house.

I’ll be heelwalking for a few weeks, wearing a special shoe that will keep my toes straight. It will beat crutches any day.