Ask Americans which federal agency they fear the most, and many are likely to say it’s the Internal Revenue Service. Every year, Americans send in their federal tax filings by the April 15 deadline — which is only four days away, folks — and we’ve all heard stories about tax liabilities, painful audits, and the IRS taking people’s houses on those urgent tax-preparer and tax-problem-solver radio and late-night TV commercials. 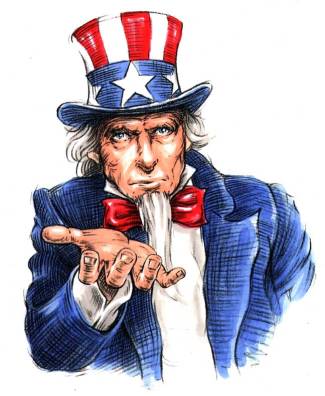 That backdrop of angst is what makes the current issues about a politicized IRS so troubling. On Wednesday, the Office of Special Counsel, which is responsible for investigating allegations that federal employees violated federal law that bars them from engaging in partisan campaign activities, announced that it had found improper political activity by IRS employees. The activities included official telephone calls with taxpayers in which IRS employees explicitly promoted President Obama’s reelection and criticized Republicans.

Also on Wednesday, a House Committee investigating allegations that the IRS targeted conservative groups seeking tax-exempt status for special scrutiny released emails showing that former IRS official Lois Lerner mentioned the possibility of getting a job with Organizing for Action, an offshoot of President Obama’s reelection campaign. Lerner’s email statement may have been an ill-advised joke, but we can’t know for sure because she has invoked the Fifth Amendment and refused to testify about her activities beyond making a general statement that she has done nothing wrong. Another unanswered allegation is that the IRS leaked a conservative group’s application for tax-exempt status to an investigative website. The IRS targeting allegations have caused the House Ways and Means Committee to recommend that the Justice Department prosecute Lerner, and Lerner’s refusal to answer questions has caused the House Oversight and Government Reform Committee to vote to hold Lerner in contempt of Congress. The actions of the two House Committees, it should be added, were taken on straight party-line votes — which only adds to the partisan odor.

Has the IRS become politicized? That’s an important question for everyone, regardless of their political inclinations. Through their tax filings, Americans provide the IRS with huge amounts of otherwise highly confidential information each year — about what they own, what they’ve earned, the charities they help fund, and the causes and candidates they support. Americans need to be able to trust that that information will be kept private and won’t be used for political purposes or to single out people or groups for adverse treatment. The disclosures about political activities by IRS officials and line employees, and the fact that Republicans and Democrats can’t agree about how to investigate the targeting allegations, are bound to erode that essential trust. Whether you are a Democrat or a Republican, if you are a taxpayer that is a very unsettling development.