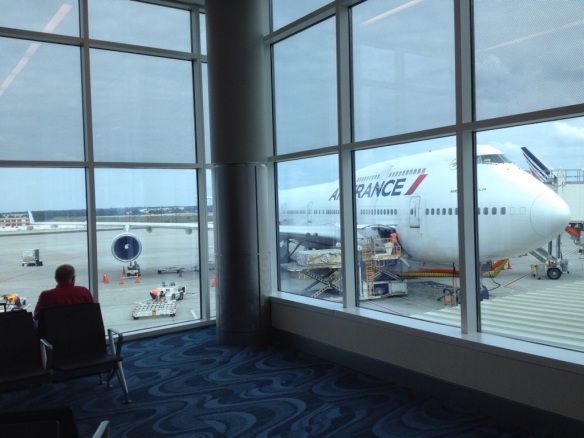 In Terminal F at the Atlanta airport, the windows run floor to ceiling. When one of the big trams-Atlantic planes is at the gate, looming right up against the window, it dominates the scene. The docked plane then becomes the center of a beehive of activity, which itself is a riveting sight.

You don’t truly appreciate the massiveness of modern jet aircraft until you see them up close. It’s great that the designers of Terminal F gave us that view.

1 thought on “The Windows Of Terminal F”