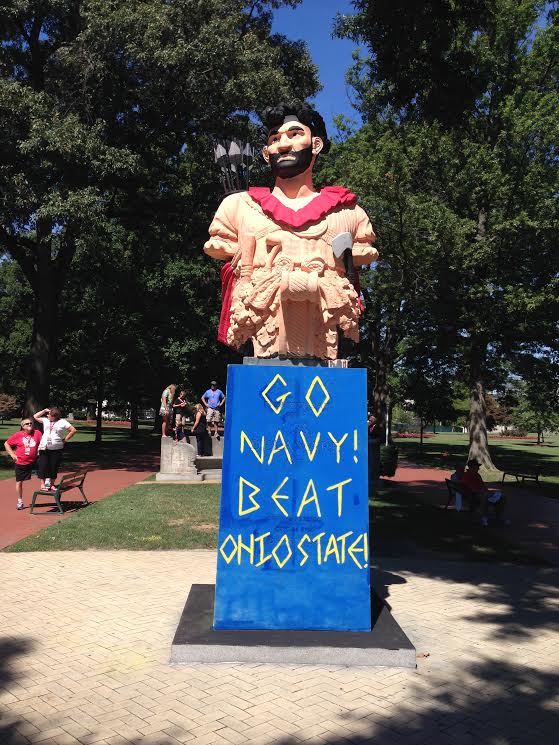 Even Michigan fans have to admit one thing about Buckeye Nation — Ohio State fans hit the road as well as any other fan base in the nation.  Today’s game in Baltimore is no different.  Many Buckeyes have spent the last few days in Annapolis, where the U.S. Naval Academy has its home, and the Washington, D.C. and Baltimore areas in preparation for the game.

One of the intrepid travelers is Webner House friend and loyal reader Mike N, who sends along this picture of the “Tecumseh” statue on the Naval Academy campus.  It shows that the Midshipmen also are looking forward to today’s match-up with Ohio State.  The statue, which originally was intended to depict a native American called Tamanend, was long ago named “Tecumseh” and is painted before every special event as kind of a good luck charm.  The colorful effort above makes “Tecumseh” look like Paul Bunyan — perhaps because the Middies think they have a giant task ahead of them.