There’s been a lot of chatter about beards lately.  A few days ago Buzzfeed ran a piece about the rise of “lumbersexuals,” men who like wearing flannel, communing with nature, and cultivating long flowing facial locks.  Many modern baseball players, too, look like they could easily pass for one of the Smith Brothers on the cough drops box. 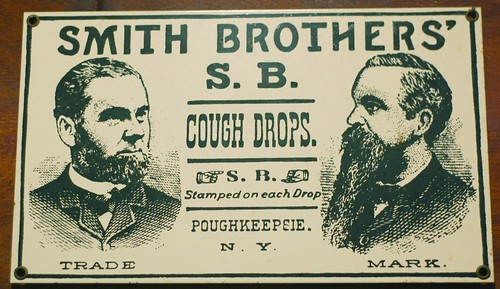 And, as seems to be inevitable in our modern culture, some people are reacting strongly against the nascent “beard culture.”  There have been postings in the Twitterverse that equate beards with testosterone-drenched, toxic masculinity.  To these folks, the hairy chins of modern men uncomfortably appeal to traditional notions of strutting male behavior and the 16th-century hegemony of elaborately bearded, male-dominated European nations that trampled countless peaceful native civilizations.

Speaking as a guy who has had a beard for most of his adult life, I can only suggest that everybody chill out, already.  There isn’t any deep secret to beards, or burning desire on the part of men to channel our inner Yukon Cornelius.  In reality, the impulses that cause men to grow beards are, like men themselves, much less complicated.

Many men grow beards in college because it is the first time we plausibly could.  We wondered how we would look in a beard, and then if it came in without looking like a laughable embarrassment we realized that ratty beards have another advantage:  they allow you to avoid the hassle of shaving every day.  Anyone who knows a college-age male knows they typically aren’t attentive to the imperatives of personal hygiene, and avoiding another step in the morning ablution rituals is a powerful incentive to guys who would rather sleep in a little longer.

Men often leave beards behind when they leave their college years.  But, as middle age approaches, beards can once again become tantalizingly attractive for two reasons:  you’re going bald, or you notice that you’re developing an appallingly saggy neck, or both.  If you’re losing the hair on the top half of your head, why not try to compensate by growing hair on the bottom half of your head?  And if the area directly underneath your chin bears an unfortunate resemblance to the wattles on a Thanksgiving turkey, why not try to mask it with facial hair and hope nobody notices?

So don’t fret about those hirsute men, whether they’re wearing flannel or not.  They’re not trying to return to the glory days of northern European world dominance.  As like as not, they just want to avoid dragging a sharp razor across their faces or to compensate for the unfortunate physical impact of the vicissitudes of age on their self image.