When I was a student at the Ohio State University School of Journalism back in the ’70s, I bought a book called The Rolling Stone Guide To Journalism — or something similar.  It was a great collection of pieces authored by the likes of Hunter S. Thompson and other terrific reporters in the ’60s and ’70s, when Rolling Stone was forging new frontiers in journalism.  I loved it, and I still have it. How the mighty have fallen!  The apparent failure of the Rolling Stone piece about an alleged gang rape at a University of Virginia frat party.is a devastating blow for journalism that hurts just about everyone involved — the University, the fraternity, other victims of sexual assault who want to tell their stories, and the credibility of the reporter and Rolling Stone itself.

Anyone who has ever been involved in the process of publishing a significant story — and a claim that frat pledges committed a heinous criminal act certainly qualifies — expects that such stories have been carefully vetted, scrutinized by lawyers, fact-checked to the smallest detail, and read, re-read, and considered top to bottom before going to press.  When the publisher itself says it has doubts about a story, as Rolling Stone did today, it gives journalism a black eye and hurts the cause of everyone who hopes to us the press to focus attention on injustice or wrongdoing.

I think Rolling Stone owes it to reporters and readers alike to explain how this article saw print, what fact-checking processes were followed, and where the systems failed. How in the world did this happen?  There’s a real story there. 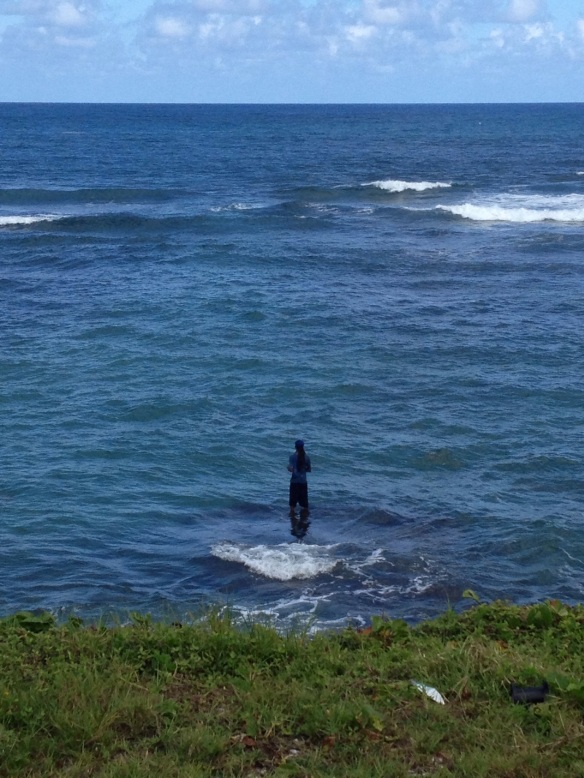 The tides on this side of Barbados are so fierce that casual swimmers are cautioned not to venture into the water. That does not deter the native fishermen, however. One of them, with dreadlocks carefully tucked under knit cap, scrambled down a rocky hillside and waded out into the surf to try his luck at netting some fish.

Framed against the blue water, the lone fisherman made a cool photo.
. 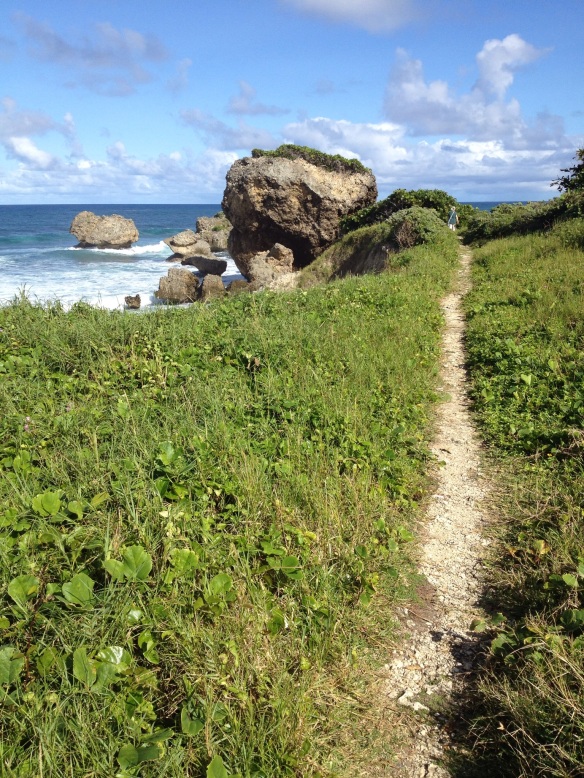 The east side of Barbados is mountainous, and the Sea U Guesthouse where we are staying is on the edge of a rocky hillside. There is no direct, easy route down to the water. Instead, two options are presented.

First, you can head south and downhill, the loop back north and follow a worn trail that runs along the coastline. This route will take you past boats under repair, steps that lead to nowhere, and abandoned concrete foundations, and the grasses growing along the path will tickle your ankles as they sway in the ever-present sea breeze.

Or you can head north and uphill to find the main road, and then follow that route as it switchbacks down the hillside to the ocean. This route requires the walker to keep an eye out for traffic — which proceeds on the wrong side of the road, from the American standpoint — but also offers a stunning view of the sweeping arc of Bathsheba beach and its pounding waves, as well as a bird’s eye view of the footpath far below. 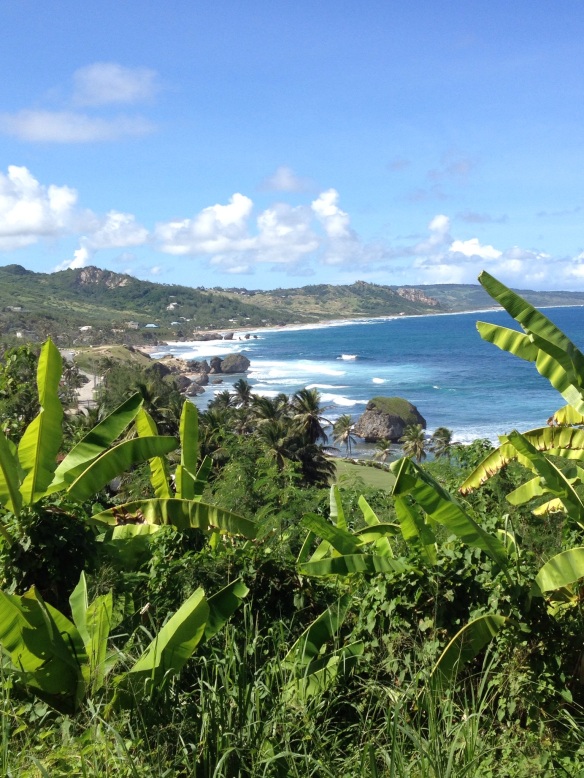 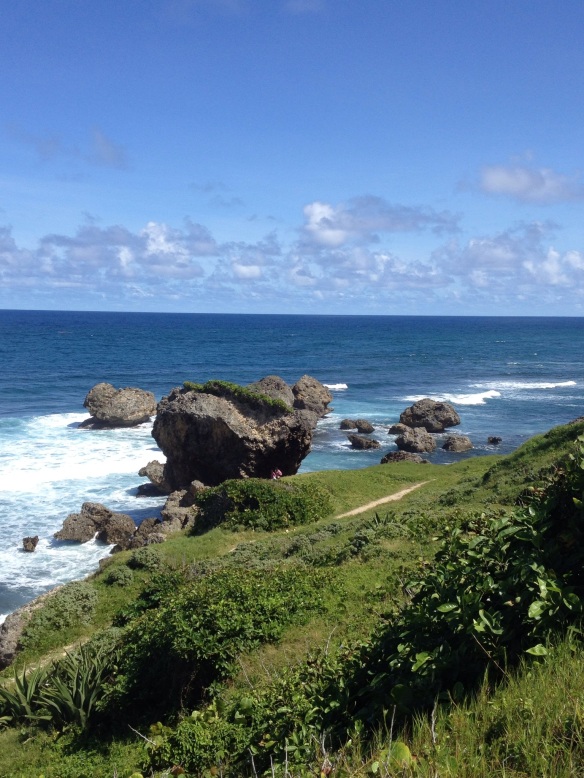