Orange you glad the Cleveland Browns embarrassed themselves, again, with an overhyped helmet announcement today?

In case you missed the big news, the Browns have selected a new shade of orange for their helmets — one that they say “matches the passion of the Dawg Pound.”  (They claim it’s “brighter and richer,” all at the same time.)  The facemask on the helmet will go from white to brown, which “represents the strength and toughness of Cleveland.”  And there’s a new, sort-of-snarling cartoon dog to serve as a logo for the Dawg Pound.  Hooray!

How about this:  instead of choosing colors to reflect “passion” and “toughness,” how about a team that plays every game with passion and toughness?  How about representing the poor, long-suffering fans of Cleveland with wins and playoff appearances, rather than a stupid brown facemask?  It’s probably a good thing that the facemask is brown, because the Browns organization should shove it, and all other marketing gimmicks and silly cartoon dogs, where the sun don’t shine until they start playing like an honest-to-God professional football team rather than a long-running national punch line.

Doesn’t anyone in the Browns organization realize that this announcement make this sorry franchise look like it is paying more attention to color swatches than fielding a decent team?  Since we apparently can’t put together a winning team, I guess we’ll have to hope that the Browns’ subtle color judgments will earn an interior decorating award or mascot branding award.

Boy, the Browns have really lost their way, haven’t they?  It’s humiliating.

On Friday we’ll be going to another performance of the Columbus Symphony.  Part of the Symphony’s American Roots Festival series, the performance will mix familiar pieces — such as George Gershwin’s Rhapsody in Blue and an overture by Antonin Dvorak — with some works that are totally unknown to me, including George Antheil’s Jazz Symphony and Kurt Weill’s Little Threepenny Music. 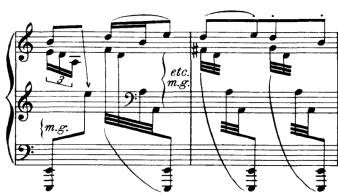 I’m always game to listen to a new musical composition, but I approach such performances with a mix of anticipation and apprehension.  I love classical music and enjoy just about everything from the baroque era forward — until we get to the “modern” classical music of the mid-20th century.  Atonal and jarring, discordant and squawking, the modern compositions are just not pleasant to hear in my view and suffer by comparison to the richly melodic and beautiful compositions of the masters.  It’s as if the classical music world hit the wall around 1950 or so.

Some people suggest that those of us who don’t like the modern stuff simply aren’t sufficiently refined and sophisticated in our musical tastes.  Their arguments remind me of the scene in Defending Your Life where Albert Brooks and his after-life guide are eating a meal.  Albert’s steak looks very tasty, while the guide’s plate is filled with what looks like elephant droppings.  When Albert asks about the difference, the guide explains that because Albert only uses a tiny fraction of his brain, much less than is used by the guide, he can’t possibly appreciate the exquisite and nuanced flavors in the plate of crap.

So perhaps my brainpower isn’t adequate to the task of enjoying modern symphonic  music — or maybe I just like steak.  I’ll be interested to listen to what Friday brings.