The fatal shooting of a homeless man by four Los Angeles police officers is the latest incident to show the value of cameras in police cars and on police uniforms. 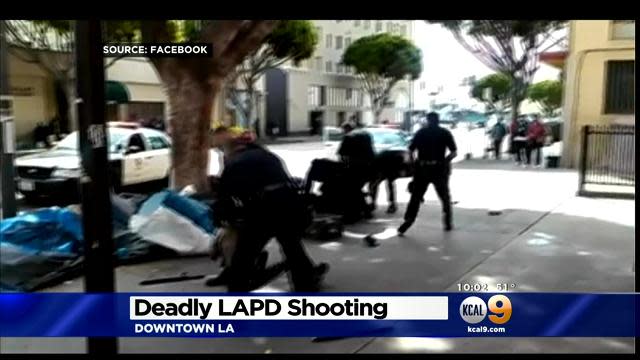 The shooting occurred in LA’s Skid Row neighborhood.  Police say that the man, who had a history of mental illness, was the suspect in a robbery and was shot after he reached for an officer’s gun during a scuffle.  However, witnesses — including the man who shot the video of the incident that went viral on the internet — instead describe a situation in which four police officers tried to subdue the man, apparently Tasered him, and then shot him five times.  At least two of the officers involved had activated their body cameras, but the footage hasn’t been released yet and will be used as evidence as the incident is investigated.

Police officers have a difficult job and deserve our support.  However, that doesn’t mean they should get a free pass on whatever they do or that deadly force incidents shouldn’t be objectively evaluated and, where warranted by the facts, prosecuted.  In 2014 alone, 16 people were shot and killed by Los Angeles police; 252 people have been killed by LA police since the year 2000.  With so many instances of deadly force, in Los Angeles and elsewhere, we should ensure that we have meaningful evidence that allows us to fully investigate those incidents, protect police officers from false accusations of excessive force, and ensure that police officers are complying with use of force rules. Routine placement of cameras in patrol cars and on uniforms would supply such evidence.

I believe that the vast majority of police officers are well-trained and careful, and therefore video evidence of deadly force incidents will likely show that the use of force was justified in most instances — but I also think the recent wave of fatal shootings is undermining public confidence in the men in blue.  In addition, such shootings can fuel racial tensions and trigger large-scale public disruptions, like the riots in Ferguson, Missouri.  We would all be better served if our police departments refrained from buying more assault vehicles and instead invested in cameras that will allow the public to see the difficulty of police officers’ jobs, and how well they perform one of the most important roles in our society.