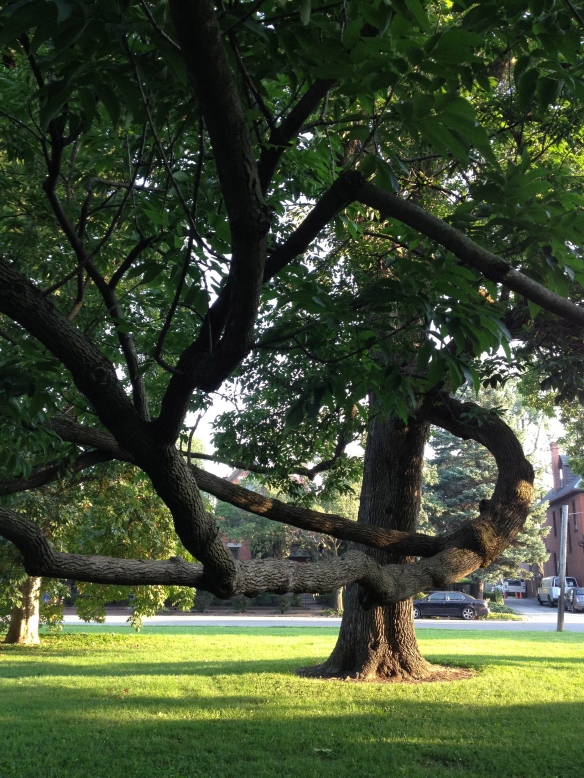 I freely confess it:  I am a big fan of trees.  I’m not sure exactly why, but there is something about them that is deeply, intuitively appealing.  Some deeply ingrained, inherited memory from our distant, arboreal past, perhaps?

And when I run across a truly great tree — like this one found at one corner of Schiller Park — I can’t help but stand in mute admiration, taking in the leafy canopy, the stout trunk, and particularly the powerful and graceful arc of one impossibly long limb stretching out to shade the grass beneath.  It’s the kind of tree you could sit beneath on a warm summer’s day and happily study on a daydreamy afternoon.

My grandmother had a relative — I’m not sure I was ever told who, exactly — who was an impossible, totally unreformed snoop.

Every time this woman went to someone’s house she would find an excuse to use the facilities and then surreptitiously wander through nearby parts of their home, opening desk drawers, rifling through the contents of wastebaskets, and checking out closets, hoping to find something of interest.  She viewed herself as a kind of community detective, and If she was ever found on her information-gathering jaunt she would just claim, however implausibly, to have gotten lost on her way back from the bathroom. 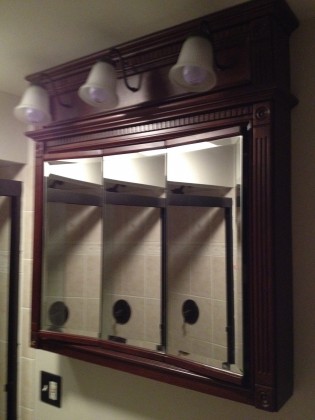 For this nosey busybody, the Holy Grail of her quest for confidential information was the medicine cabinet in the upstairs bathroom.  She viewed it as a kind of ultimate window to the soul that could reveal all kinds of inside scoop that might be worthy of a little gossip around town.  The pill bottles, patent medications, trusses, and other devices that might be found all were little clues that could help her to spin a well-weaved tale about whether Esther had a heart problem or Harry was hitting the bottle a little too hard.

The march of technology has closed some windows for the snoopers among us — the death of the party line phone probably caused this particular buttinsky to weep bitter tears — but of course new windows have been opened.  And I found myself wondering:  if my prying relative were around today, would the upstairs medicine cabinet still be her goal, or would she have concluded that other places would yield more of the kind of juicy tidbits that inveterate gossips crave?  No doubt she would have concluded that you could tell a lot about a person by seeing what’s in their freezer, or the programming they’ve DVR’d.

But I’m guessing the new dream destination of the scandalmonger, were she still among us, would be the home computer or the smart phone.  She’d have developed some rudimentary hacking skills in hopes of checking out what she could find under the history or bookmark tabs of the internet portal, what email messages had been sent, and whether there were any especially incriminating selfies kept in that iPhoto library.

These days, medicine cabinets are for pikers.