It’s pretty common for people to squawk about their employers.  Usually the bitching seems almost rote — a simple byproduct of the friction and unequal power relationship between underling and boss, huge corporation and cubicle dweller.  The company they work for isn’t evil, it’s just faceless and bureaucratic.  Sometimes, though, companies get . . . well, downright weird. 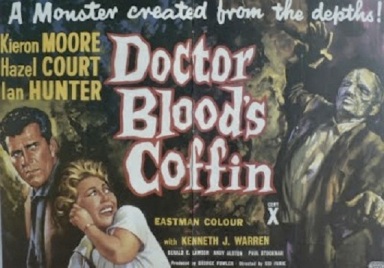 Like the South Korean recruitment company that decided an appropriate response to issues of workplace stress was to require employees to stage their own funerals, complete with writing farewell letters to loved ones, climbing into coffins and having them closed by a guy in black who is supposed to represent the Angel of Death, and then spending a few moments lying in the darkness of a closed casket.

South Korea has the highest suicide rate in the industrialized world, and workers in Seoul and other parts of the country have ongoing problems with workplace pressure.  The problems are the byproduct of the hyper-competitive, achievement-oriented South Korean society and traditional approaches to workplace culture that motivate employees to get to work earlier, and leave work later, than the boss.

So how in the heck does staging mock funerals help with stress and suicide?  It’s supposed to help the employees value life and get them to reflect on its meaning.  The president of the recruitment company explained that the company had not really been successful in getting employees to change their “old ways of thinking,” and he thought “going inside a coffin would be such a shocking experience it would completely reset their minds for a completely fresh start in their attitudes.”

Would it, really?  Or would it, instead, drive home to the workers forced to crawl into a casket that their employers have a ridiculous amount of power over their employees’ lives, to the point where they can force the employees to stage macabre and disturbing stunts just because the company president thinks it’s a great idea to do so?

Suddenly the hassles with Phil in accounting and the power games played by the assistant vice president for corporate planning don’t seem all that bad.