Recently the Federal Aviation Administration announced that Americans who own “hobbyist” drones — those that weigh between .55 pounds and 55 pounds — must register their drones starting on December 21.  Registration is free if it occurs before January 20; after that, it will cost $5.00.  Failure to register can result in civil penalties of up to $27,500, or criminal fines of up to $250,000 — and the FAA estimates that, through 2020, it will cost $56 million to operate its drone registration program. 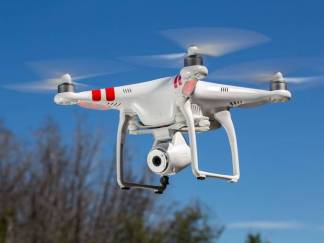 In our outsized federal government, the institution of a new program is a barely noticeable event.  Still, $56 million over 5 years seems like a lot of money to me, so I wonder:  are the operation of hobbyist drones really a problem that can be dealt with through registration?  Notwithstanding the institution of a nationwide registration program, the answer isn’t very clear.  In 2014, the FAA received 238 reports of unsafe drone use; so far in 2015, it has received 1,133 reports of unsafe drone operations.  The FAA also reports that pilot sightings of drones are increasing.  So far, there hasn’t been a catastrophic incident in which a drone has produced a safety problem by, for example, colliding with a commercial aircraft.

Although you see humorous commercials featuring skies filled with drones ready to dive-bomb workers heading to their cars, and drones seem to be prominent in oddball news stories, most of us have never seen a drone being used — at least I haven’t.  That may be about to change.  The federal government forecasts that as many as 1 million drones will be sold in America this year to hobbyists, and drones outfitted with cameras are available for less than $600.  So, if you want to spy on your neighbors, catch people misbehaving in their cars, or try to get footage that you can sell to a website, buying your own drone won’t break the bank.

Maybe that means there will be a lot more drones overhead in 2016 and beyond, and the droneless among us will come to view them as colossal pests someday soon.  But still — is requiring registration by the federal government, and the institution of some new bureaucratic office of Federal Drone Registration And Enforcement, really a necessary or appropriate response?  Isn’t the better approach to simply ban the use of drones in the areas where they might create a safety issue, such as around airports, above highways, or in places that might interfere with the work of firefighters or emergency personnel, and then prosecute people who violate such safe-use laws?  And how is the mere act of registration going to ensure safe or appropriate operation of drones in any event?

I’m all for being proactive in trying to make sure that new technology is used safely and properly, but I also think we are way too quick to establish costly nationwide programs that don’t really address the problem.