Earlier this month Congress passed, and President Obama signed, the Every Student Succeeds Act, a massive piece of federal education legislation that replaces the No Child Left Behind Act.  Buried deep in the bill is a “free range kids” provision that reads:

“…nothing in this Act shall…prohibit a child from traveling to and from school on foot or by car, bus, or bike when the parents of the child have given permission; or expose parents to civil or criminal charges for allowing their child to responsibly and safely travel to and from school by a means the parents believe is age appropriate.” 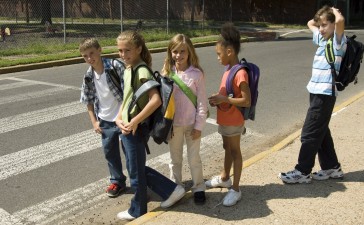 I’m not sure that the provision means all that much, because it’s simply clarifying that the federal law itself doesn’t bar kids walking to school or support charges against parents who allow that to happen.  The law does not preempt state or local laws, however, so parents who let their kids walk or ride their bikes to school could still be subject to harassment and prosecution under local ordinances or state statutes.

Advocates for “free range” parenting, though, think the free range kids provision is a victory.  Color me skeptical.  Instead, the provision seems to say that we’ve reached the point that the federal government needs to specify that its enactments aren’t interfering with basic parenting decisions, like whether your kids are capable of walking to school by themselves, as UJ and Cath and I did for years, or playing outside alone, without hovering parents or social workers controlling everything they do.  Responsible parents — like my mother and father — can properly decide when their kids are self-sufficient enough to do so, and can reasonably conclude that allowing their children to play or walk or bicycle by themselves builds self-reliance and responsibility.  Yet parents who allow their kids to walk to school or play in a park are still being subjected to harassment by local authorities, who obviously think they know better than the parents do.

This is one of the moments, I think, when we should stop and consider what our government has become.  Are we at the point when we need to include a provision in every sweeping piece of federal legislation stating that it isn’t intended to criminalize basic parenting decisions?  That’s bizarre, and sad.