Kish and I are at the intermission of a Sunday afternoon performance of La Boheme by Opera Columbus.  She bought the tickets as a special gift, because she knows I love opera and La Boheme is a special favorite.  It a wonderful show that captures Puccini’s special genius.

Yesterday I took a drink of water that caught in my throat.  I spluttered and did a bit of a spit take, and in my mind I distinctly heard by mother saying that the drink must have gone down my “Sunday throat.” 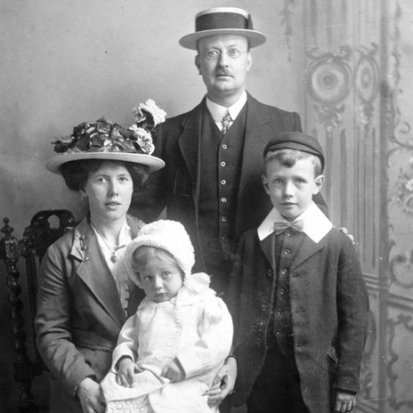 “Sunday throat”?  It’s a curious expression.  Of course, when you’re a kid and it’s something your Mom says as she’s pounding you on the back, trying to dislodge a piece of hamburger lodged near your Adam’s apple, it doesn’t seem weird.  Kids tend to assume that every word their Mom uses must, by definition, be commonplace.  It’s only when you get older and start to get weird looks when you use phrases like “Sunday throat” or “elbow grease” that you begin to realize that maybe the Momisms that you know so well aren’t widely used at all.

“Sunday throat” falls into that category.  A Google search doesn’t turn up much; the World Wide Words website, in response to a question from a fellow Midwesterner, found only a few uses of the phrase in literature to describe choking, and concluded that “Sunday” is being used in the sense of “special” or “alternative,” as in “Sunday best.”  I think that’s not quite right.  I always assumed that the “Sunday throat” was the throat that didn’t work — as in Sunday being the traditional day of rest.

When I arrived at Atlanta Hartsfield airport on my return home Thursday night, it was jammed.  No surprise there — it’s one of the busiest airports in the world.

It’s also the first airport I’ve been through that has the TSA pre-check passengers using an entirely different checkpoint area than other travelers.  Usually, we’re in the same area, with a direct pre-check lane and a winding “standard passengers” lane.  In Atlanta, though, the pre-checkers turn right and the standard passengers turn left.

Having to check-in in Atlanta also demonstrated the great convenience value of pre-check status.  At less busy airports like Columbus, the regular line usually isn’t too bad, and pre-check status might save you five minutes of waiting time, tops.  In busy airports like Atlanta, Chicago, Dallas and Denver, on the other hand, the difference in wait time between pre-check and standard can be enormous.  I was traveling with a co-worker on my Atlanta trip, who said he had to wait in a line to even get into the standard passenger line at the TSA check-point.  It look him an hour longer to pass through standard check-in than it took me to go through the pre-check line.  That obviously sucks from a stress and frustration standpoint, but even worse, when you’re in a huge airport, an hour can be the difference between making your flight and missing it.

And guess what?  Even the TSA is acknowledging that lines are long, and are likely to get worse as spring and summer arrive and more people are traveling.  The TSA says it’s due to budget cuts and efforts to improve the thoroughness of screenings; the news media has reported that the process has been slowed down because tests have shown failures to identify weapons making it through check points.  In any case, it made me glad, once again, that I spent the time, and the $85, to get pre-check status.  On the busy days in the big American airports, it’s worth every penny.