Kish and I have friends and acquaintances who happen to be Muslims. We’ve shared meals with them and celebrated special events with them.  They live in our town, have worked with us, and are related to our friends.  They are people we know and like and trust.  We don’t fear them because Islam is their religion. 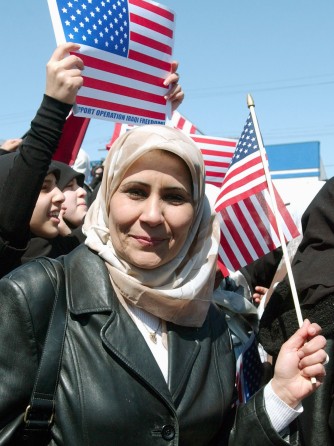 I’m quite sure that we’re not unusual in knowing and working with Muslims.  America still remains a melting pot where people of different nationalities, colors, and faiths can come and pursue their dreams, without being shackled by caste systems or tribal ancestry or corrupt political systems.  In America, a person’s religious faith is just one aspect of their persona.  It doesn’t immutably define them, and it certainly shouldn’t cause them to be targeted.

That’s why comments like the one Ted Cruz made yesterday are so . . . appalling.  In the wake of the latest ISIS-supported bombings, in Brussels, Cruz said that “we need to empower law enforcement to patrol and secure Muslim neighborhoods before they become radicalized,” and that America cannot be confined by “political correctness.”   But America isn’t like Europe, where in many cities Muslim immigrants live in separate neighborhoods, never learn the language, and never become integrated.  What would define a “Muslim neighborhood” in America?  Would Hamtramck, Michigan, be one?  That’s America’s first majority Muslim city — and it also happens to be where our son Russell lives and works.  How would police patrols “secure” such “Muslim neighborhoods” and prevent them from becoming “radicalized”?  Does anyone really think that police car drive-bys or foot patrols are going to keep receptive young men and women from falling prey to the terrorist teachings of ISIS?  And while I think there are times when political correctness can run amok, it isn’t “political correctness” that prevents targeting people because of their religion — it’s basic American principles that flow from the First Amendment.

I’m as interested as anyone in defeating ISIS, but we have to focus on the terrorists, not their religion.  People are more likely to become radicalized when they are disaffected, and dividing people and targeting “Muslim neighborhoods” with a heavily armed police presence sure seems like a good recipe for creating disaffected people.  The better course, I think, is to do what America always does — accept people, welcome them, and let them pursue their dreams in a country that is free and full of opportunity for all — and then make sure that we find and crush the terrorists who are slaughtering innocents because of some sick and twisted ideology.