We’re spending a few days at the Prince of Wales hotel in Watertown Lakes Park.  It’s the park on the Canadian side of the border, across from Glacier National Park on the U.S. side.  Together, the two parks make one of the largest contiguous wilderness preserves in the world.  Bears and elk and other critters don’t pay much attention to national boundaries.

The Prince of Wales is an old Canadian railroad hotel — which means, by definition, that it’s a fabulous, almost whimsical structure.  More on that later, but the setting is even more fabulous than the hotel structure itself.

The Prince of Wales is found on the side of the deepest lake in the Canadian Rockies, with the towering peaks of the mountains just across the lake.  It’s got to be one of the most beautiful settings in the world.  And since our hotel room has a balcony located at just the right spot, I got to revel in these views when I woke up this morning.  It’s not a bad way to wake up. 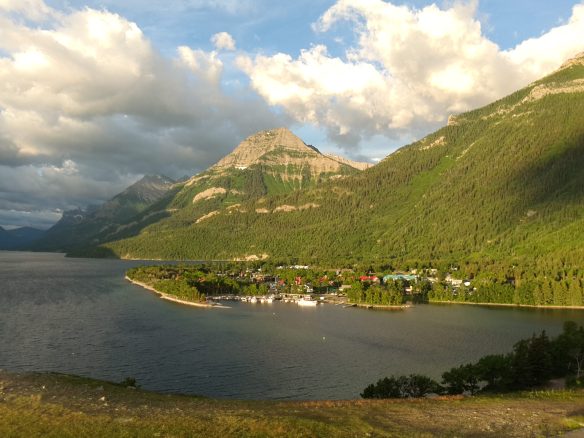 1 thought on “The Views From Our Balcony”