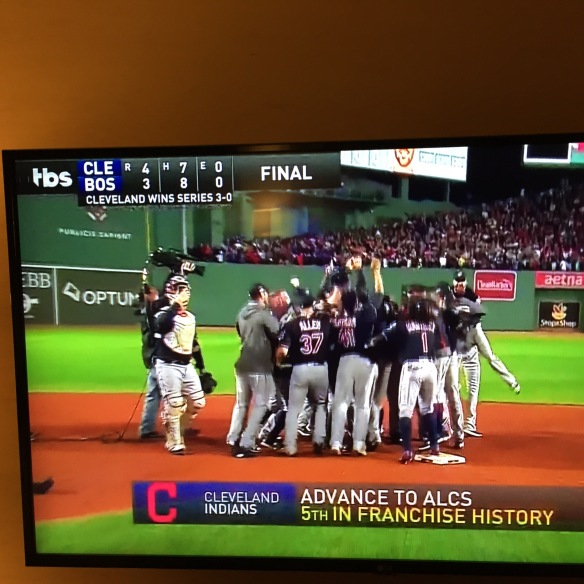 It was a struggle — particularly in the ninth inning, which seemed like it would never end — but the Cleveland Indians have moved on to the American League Championship Series.  The Tribe improbably swept the Boston Red Sox and now advance to play the Toronto Blue Jays.

Kudos to the Sox and David Ortiz for a great season and great career . . . but the Tribe is moving on.  Let’s see if our secret weapon, by the name of Terry Francona, can carry the Tribe on to the World Series.

Go Tribe!  Keep us from thinking about the presidential election a while longer!