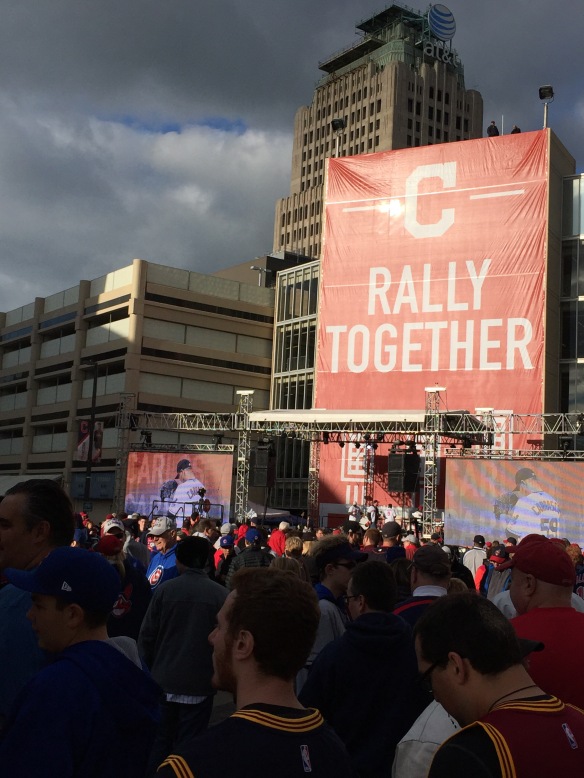 Russell, UJ, and I had a blast at Game One of the World Series last night.  Downtown Vleveland was packed before the game, and the area between the ballpark and the Cavs’ arena — where the Cavs were to play, and win, their season opener — was especially jammed.  Two big screen TVs were set up to play season highlights and get both the Cavs fans and the Tribe fans fired up.