Brace yourself:  we’re apparently on the verge of a world with flying cars.

Airbus Group, the world’s second largest aircraft manufacturer and largest manufacturer of commercial helicopters, has been working on flying cars for a while now, and the CEO of Airbus recently announced that the company hopes to test a prototype vehicle by the end of the year.  Airbus formed a division called Urban Air Mobility — which would be a pretty good name for a rock band — and it is working on both a vehicle that individuals could use and a multi-passenger transport that could be summoned by riders using a smartphone app, a la Uber.  The prototype that Airbus hopes to test this year is the single passenger vehicle, called the Vahana.  Airbus thinks that in 10 years fully vetted products may be on the market that make urban air transport a reality. 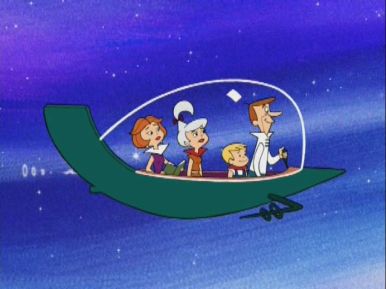 The Airbus business rationale has a decidedly futuristic vibe to it.  The concept is that the vehicles would be used in cities, where roadways are jammed but the skies aren’t.  Airbus is forecasting that a growing percentage of the world’s population will congregate in cities, increasing the traffic congestion, and also envisions that cash-strapped governments might welcome air-based transportation because it doesn’t require investment in asphalt, concrete, steel supports, construction workers, and orange cones to shore up the crumbling ground-based traffic infrastructure.  And, because some cities are struggling with pollution — just ask China — Airbus is designing its vehicles to minimize emissions and to avoid adding to the pollution mix.

Do we have the technology for flying cars?  Airbus says yes:  the batteries, motors, and avionics needed are well underway, and the company and others are working on the artificial intelligence and detect-and-avoid sensors and navigation that would be needed to make flying cars a practical reality.  And, of course, there would need to be lots of related developments before flying cars fill the skies.  Would municipalities designate particular flying zones — such as over existing roadways — or just allow fliers to take their cars anywhere?  How would drivers be trained?  And what kind of safety features would regulators require to make flying cars crash-worthy?

1 thought on “Jetsons, Here We Come”