Yesterday the SpaceX venture reached a new milestone:  the company took a used rocket that it had recovered from a prior mission, relaunched it into space, deposited a customer’s satellite into orbit, and landed the rocket on a drone ship in the Atlantic Ocean so it can be used again, and again, and again. 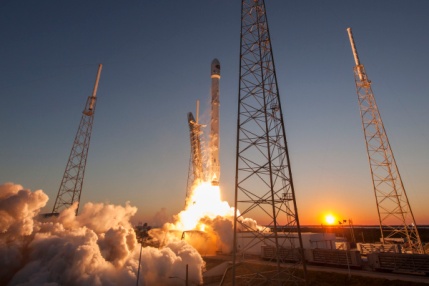 As I’ve written before, private, commercial ventures like SpaceX are making significant progress in making space flight a common, everyday option.  Yesterday’s flight was a key development in that effort, because a significant part of the cost of space flight has been rockets that are designed, built, and used only once.  That single-use approach might have been viable back in the ’60s, when government funding was plentiful and the United States was on a national quest to be the first country to land a man on the Moon, but it’s simply not sustainable or feasible in our modern world of massive budget deficits and competing national priorities.  It’s also an approach that commercial space concerns could never afford.  That’s why SpaceX has been focused on developing technology that allows those expensive rockets to be reused.

No one should take away from the mighty, ground-breaking accomplishments of the Mercury, Gemini, Apollo, and space shuttle programs, and there remains a key role for governments in space exploration.  Governments will always have more resources than businesses do, and the need for scientific exploration, and the technological developments that seem to inevitably accompany it, will often fall to governmental entities like NASA.  But profit-making entities and capitalist risk-takers are adept at building on the foundation the government has laid and figuring out how to make things affordable and, not incidentally, profitable.

If tourist trips to the Moon and settlements on Mars are in our future — and I hope they are, because I still hold out hope that I might see a glorious Earthrise from the Moon some day — commercial concerns inevitably will play a huge role.  SpaceX’s reusable rocket technology is another important step forward toward a future in which the “final frontier” becomes a much more accessible place.