At some point in the future, perhaps, we’ll look back at the Trump presidency with some sense of perspective.  For now, though, as we’re in the midst of it, it’s just one weird thing after another.  And with each new, unseemly tweet or attempted put down, it becomes more and more apparent that there is a significant disconnect between the President and his supporters and at least some of the rest of us. 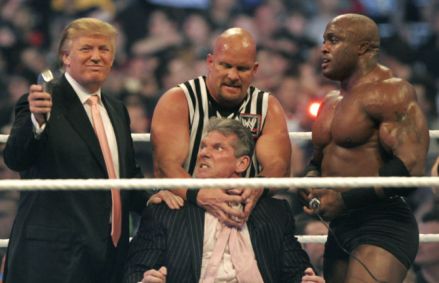 The President’s various petty feuds with members of the news media are the best example of this phenomenon.  Every day, the President seems to become locked into some bitter dispute with a TV show host or a network.  His crude, mean tweets about the hosts of the Morning Joe show on MSNBC are strange because you’d expect the President to be able to remain above the fray.  Surely the President has bigger things to deal with, right?  And, even if he did feel the need to respond to the comments of a particular broadcaster, couldn’t he do so in a fashion that doesn’t involve referring to somebody’s purported plastic surgery?  Wouldn’t most Presidents conclude that very few people out in the country watch, or are even aware of, Morning Joe and therefore responding to its hosts can only call attention to what they are saying?

The President’s recent video tweet, showing a tinkered version of footage of Donald Trump at a Wrestlemania broadcast, body-slamming somebody with the CNN logo superimposed on his head, is the latest example of the disconnect.  Trump evidently thinks that the footage shows, in graphic form, that he’s not afraid to take on CNN and other members of the “mainstream media,” and that his supporters will cheer because they think the press is biased and deserves its comeuppance.  But many of the rest of us shake our heads, and not just because it seems bizarre and childish that the President would tweet out doctored footage of himself engaging in an act of physical violence.

No, the President’s latest tweet also manages to remind some of us:  Oh my god, we’ve actually elected a President of the United States who once voluntarily agreed to appear on Wrestlemania!