The New York Times published an interesting story over the weekend that compared two jobs, and in the process provided some insight into how the economy is changing and what it means for workers trying to get ahead.

The two jobs were janitorial jobs:  one held by a woman working at Kodak in Rochester, New York in the 1980s, and the other by a woman currently working at the Apple headquarters in Cupertino, California.  The two women earned about the same amount, adjusted for inflation, and performed the same kinds of work. 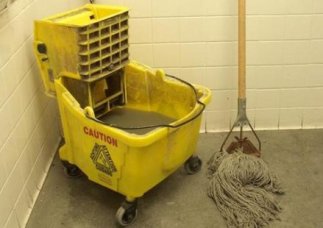 The Kodak worker, however, was a full-time employee of the company.  She received more than four weeks of paid vacation annually as well as a bonus payment, and the company also reimbursed some of the tuition she paid going to college part time.  When the building she was charged with cleaning closed down, the company found her a different job.  The janitor at Apple, on the other hand, doesn’t work for Apple at all; she works for a service that Apple contracts with to keep its buildings clean.  She can’t afford to take a vacation because she can’t afford any lost pay, and there are no opportunities for bonuses or transfers to different work at Apple.

Although the Times article veers off into the unusual story of the Kodak worker — who ended up taking computer classes, getting transferred to a professional job in information technology, and ultimately becoming the chief technology officer at Kodak — the more interesting point is the macroeconomic lesson.  As the Times describes it, American companies have “flocked to a new management theory:  Focus on core competence and outsource the rest.”  The Times article notes that the outsourcing approach has made companies “more nimble and more productive, and delivered huge profits for shareholders,” but “has also fueled inequality and helps explain why many working-class Americans are struggling even in an ostensibly healthy economy.”

There’s no doubt that outsourcing has been a huge trend in the American economy.  But what the Times presents as a kind of optional management theory designed to reap windfall profits for shareholders while shortchanging working-class Americans seems to me to be more of the inevitable consequence of the cold hard reality of global competition.  The business world has changed, and companies that want to compete with low-cost providers overseas have to keep their intellectual capital while cutting costs wherever they can.  Outsourcing is one result of that reality; the disappearance of company-funded health care benefits and pensions, the rise of employee-funded retirement plans, and movements of company headquarters to the states and cities that offer the most favorable tax abatement schemes are some of the others.

The proof of the cold hard reality is in the outcome:  Apple is thriving, while Kodak — which once was one of the most successful, innovative companies in America — has gone through bankruptcy, laid off thousands of workers, and repurposed itself into a much smaller concern.  Kodak may have paid a price for its generosity.  And for workers, the lesson is clear:  do what you can to become one of those intellectual capital assets that companies want to keep around.