Yesterday afternoon the Cleveland Indians won their 100th game of the year, beating the Minnesota Twins 5-2.  The Tribe got another terrific starting pitching performance, this time from Carlos Carrasco, who pitched 8 shutout innings, struck out 14 batters, and now stands at 18-6 on the year. 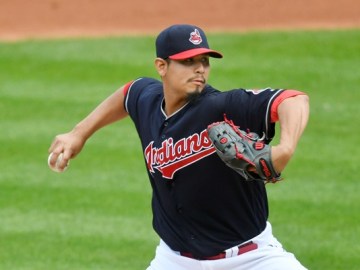 100 wins is a nice round number.  It’s also an historic achievement of sorts.  This is only the third time in their 100-plus year history that the Indians have won 100 games in a season, and it took an historic winning streak to do it.  And in baseball generally, 100-win seasons don’t necessarily happen every year.  Eight teams in the big leagues have never won 100 games, and  these days the economics of  the game tend to discourage team owners and general managers from assembling the combination of talent that can win 100 games, because it’s going to be expensive and there’s a good chance that lots of the players will be moving on, leaving you to rebuild from scratch.  Better to aim for those teams that can consistently win 90 games and that you can hold together over a few years.

In our modern world, we tend to measure every athletic team by whether they won it all, and regular seasons are eclipsed by the playoffs, where short series and bad breaks can bring down dominant teams.  Many 100-win teams haven’t won the World Series, and this year — because both the Dodgers and the Indians have reached that number — there will be at least one more 100-win team that doesn’t win it all.  That’s just the way the ball bounces in baseball.

But, for the true fan, what happens in the post-season shouldn’t detract from what happens during the regular season.  Baseball is a marathon, and winning 100 games takes focus, careful management, and meaningful contributions from everybody on the roster.  It’s a true team accomplishment, because during those 100 wins different players are going to have to step up and make the big hit, or the tremendous fielding play, or the crucial pitch to allow another W to go into the record books.

2017 has been a remarkable year for the Cleveland Indians, and a marvelous year for those of us who are long-time fans of the Tribe.  Here’s hoping it continues!