Today I’m going to go watch the Ohio State Buckeyes play the Michigan State Spartans at Ohio Stadium.  It will be a noon kickoff, on a cold day.  That’s about all I can tell you with any certainty, because I sure can’t predict which Ohio State team might show up to play the game. 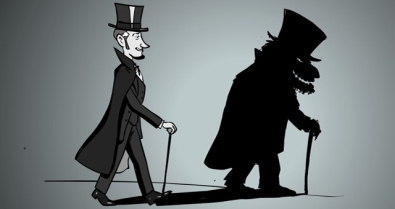 This Ohio State squad is a total head-scratcher.  They play uninspired football against Oklahoma and get drubbed, then right the ship and convincingly win a bunch of games against the Big Ten Little Sisters of the Poor, then they stage a titanic comeback to beat Penn State in a thriller that puts them squarely back in the conversation for the College Football Playoffs . . . then they lay a colossal egg against Iowa and get obliterated.  The Iowa loss not only was a butt-kicking, it was a revelation of sorts:  this team obviously hasn’t jelled, and when things started to go south against the Hawkeyes, there was no one who stood up and made the key stop, or secured the key turnover, or broke the tackle and made the long run to turn the momentum around.  Iowa was the kind of game, and the kind of embarrassing result, that never would have happened to other Ohio State teams.

Having never been an athlete, I can’t possibly understand what goes in to playing college football at the big-school, Ohio State level, but this year’s team shows that there is a mental component to the game that is every bit as important as the physical component.  If a team isn’t focused, if the players don’t play with the right attitude and drive, if the athletes don’t give that extra effort that might make the difference between failure and success, size and speed don’t mean all that much.  When everybody on the field is an elite athlete in their own right, grit and determination and toughness count for a lot.  Against Iowa, the Buckeyes just didn’t have that indefinable quality.  I’m guessing that Urban Meyer and his coaches have spent a lot of time thinking about and working on the team’s mental game this past week.

So at today’s game, will we see Dr. Jekyll, or Mr. Buckeye?  I’m sure hoping that the coaches figured out how to get the players ready for this game.