Los Angeles has a huge, and growing, problem with homeless residents.  According to this article in the Los Angeles Times, as many as 58,000 people in Los Angeles are living on the streets. 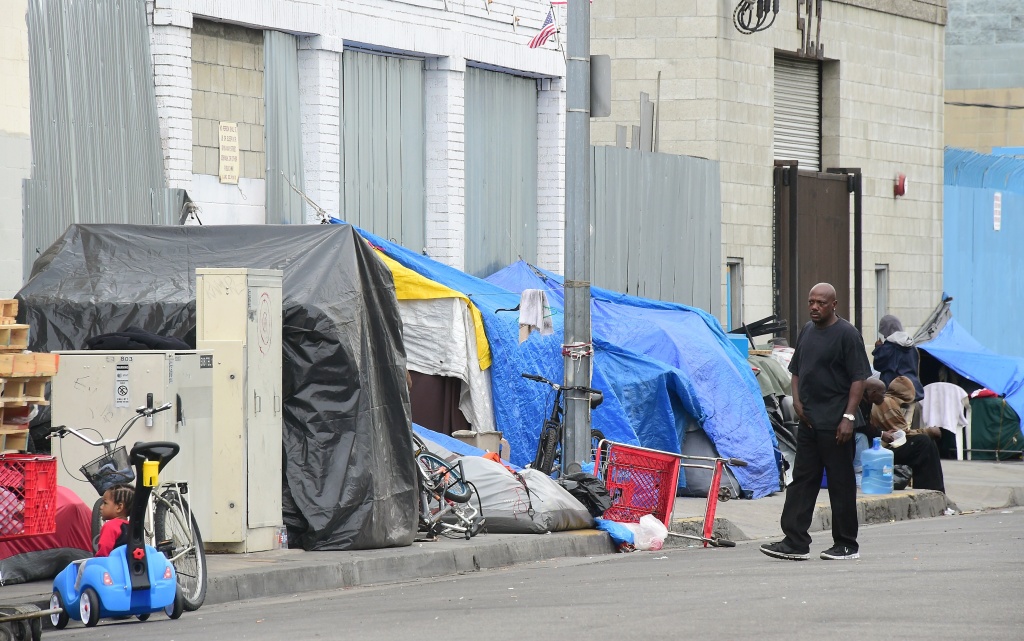 It’s a staggering number.  Even for a city as big as Los Angeles, with a population of about 4 million, 58,000 people is a lot.  To put some Midwestern perspective on that number, those 58,000 homeless people are just a bit below the population of the 10th-largest city in Ohio.

Along some Los Angeles streets, rows of makeshift tents, shelters, and shanties house the homeless.  You can see some of the pictures of the encampments and the homeless here.  And what’s even more astonishing is that the tent cities of the homeless have been there for years, and seem to be spreading and growing — and nothing is being done about it.  The homelessness problem is getting progressively worse.

How can 58,000 people be homeless and living on the streets?  As for the why, there doesn’t seem to be one particular answer:  some are mentally ill, some are addicted, some are simply destitute.  And for that reason, there’s no single answer to the problem, either.  Some of the people need treatment.  Some of the people need a job and a hand up.  But whatever the solution, the notion of tent cities of 58,000 people raises so many obvious problems — health problems, sanitation problems, crime problems, security problems — that it simply can’t be tolerated.  And yet, in Los Angeles, it is.

I don’t know what the answer to LA’s homelessness crisis is, but if I were a voter in that city I would demand that the city government start aggressively dealing with the problem and determining appropriate, humane ways to get those 58,000 people off the streets.  And I would also ask:  why is the state of California spending billions of dollars to build a high-speed rail system in the California desert when there are thousands of people living in tents on the streets of L.A.?