The New York Times — known to those in the journalism world as the Gray Lady because of the traditional gray appearance of the columns of newsprint on its pages — has won Pulitzer Prizes galore for its investigative reporting and is viewed by many as the newspaper of record.  But it also routinely provides useful tips about health, food, and how people should live their lives. 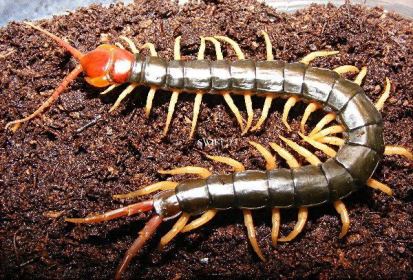 Consider this recent article, where the headline reads:  “Maybe You Were Thinking About Eating Raw Centipedes.  Don’t.”   The article is accompanied by an alarming close-up photograph of as Asian red-headed centipede, which the Times caption curiously describes as “looking delicious.”

Really?  I know that those of us here in the Midwest probably aren’t in on the latest culinary trends, but are people in New York really feeling the urge to gobble down creepy, chitinous creatures in their raw form?  In case you’re feeling so tempted, the Times urges you to restrain yourself — not because live centipedes in fact have a venomous bite, but because eating raw centipedes can cause the diner to become infected by rat lungworms that lodge in the brain.  After two residents of Guangzhou, China were infected after eating wild-caught centipedes purchased at a farmers’ market, researchers went back to the market and found that many of the centipedes for sale were teeming with lungworm larvae.  No doubt that adds to their delectable flavor.  Incidentally, the Times points out, you’re at risk of lungworms it you’re eating raw slugs or snails, too.

So, you’re going to have to limit your centipede consumption to centipedes that have been dried, reduced to powder, or soaked in alcohol.  Now that we’ve got that straight, we can go ahead with our daily lives.